What has been the most harmful feral animal introduced into Australia? I’m not certain, or even sure exactly how this impact is measured, but I expect rabbits would be up there. So much so that I know it is illegal to own a pet a rabbit in the state of Queensland. What about America? I have seen quite a few insects and animals which I had assumed were native until I was told otherwise, but I don’t know enough about them to know which species has had the greatest impact on the environment. I am also not sure which country has experienced a greater impact as a result of the introduction of feral animals. There is a question regarding introduced species, however, which I think is easier to answer.

Out of the two countries, which is hosting the creepiest introduced species?

We headed out for a day trip to see the Everglades during our stay in Miami. We visited an alligator farm, explored their zoo, rode on an airboat and got to throw feed pellets at baby alligators. 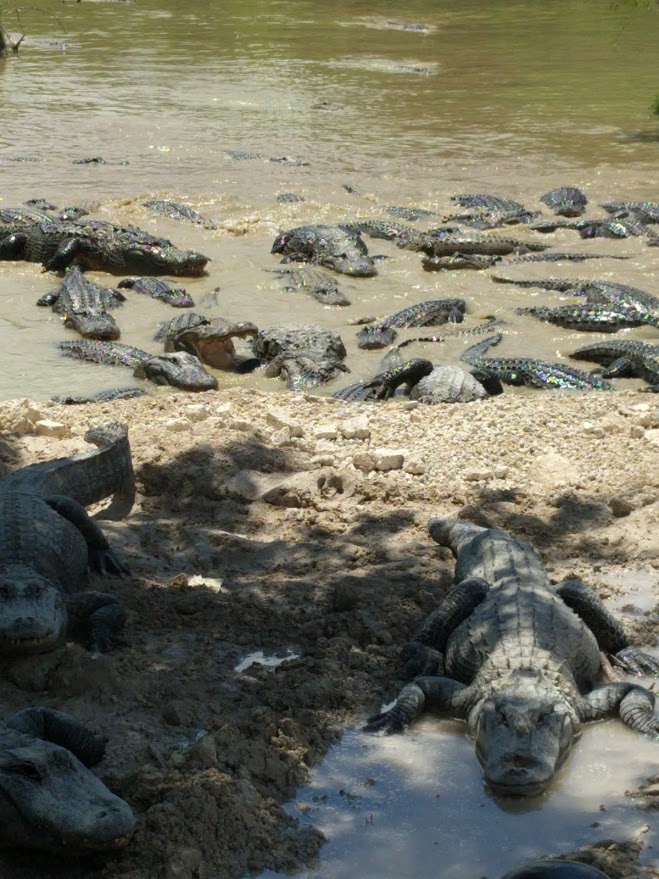 The alligators in the farm were quite a bit more hefty than the ones we saw during our airboat ride. Livin’ the life! 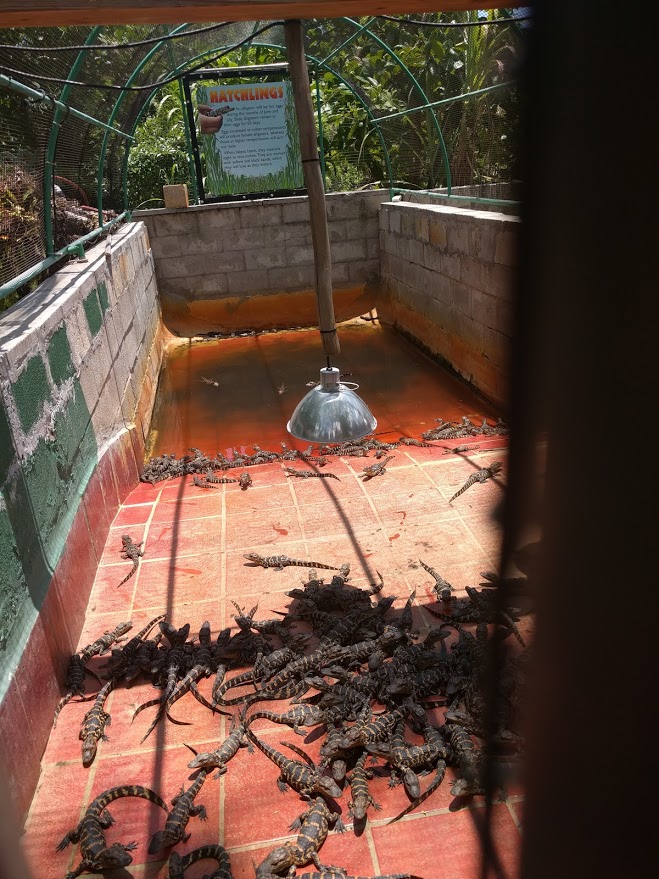 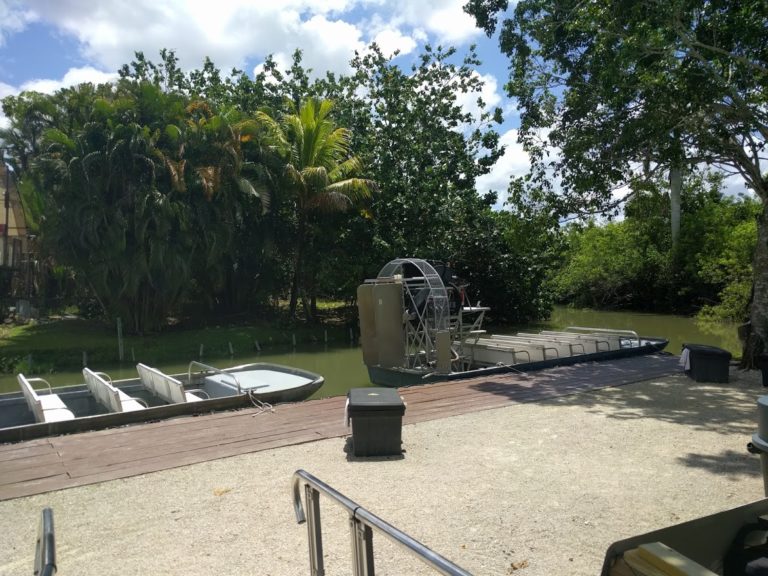 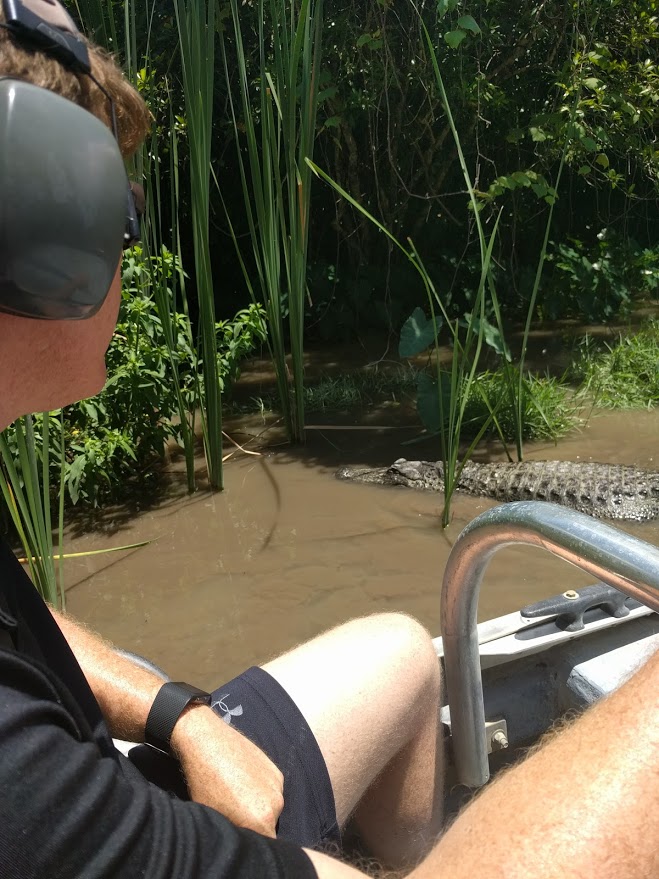 The alligators outside of the farm which we saw during our airboat ride at times swam close enough to reach out and touch, which someone behind us stretched out his hand to do. Our airboat driver must have seen him from where he was sitting but said nothing – maybe a swimming alligator won’t do anything if you touch it on the back, or maybe he was bored that day and was hoping to see a foolish tourist lose an arm. Our fellow tourist had a change of heart and didn’t touch it after all, so we’ll never know.

During a snake show, we were told that one of the many introduced species wreaking havoc in the everglades is the Burmese Python. People apparently buy them as pets, they grow – and grow – and then grow a bit more, and suddenly the pet owner finds them self having to buy a goat every week to feed their huge pet, which has become a huge pain in the arse. So they release them. Into the Everglades. As you do. 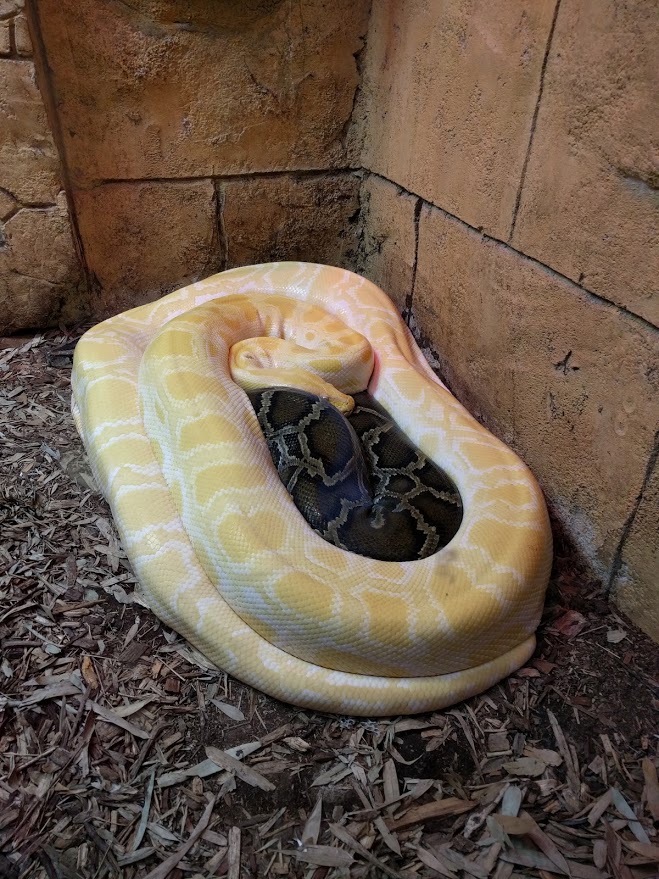 The Everglades has had enough of these dumped there that they are a significant problem, and presumably are making terrifying love to make terrifying babies. These are lurking around. The guy presenting the snake show told us that if these get into a neighborhood, dogs start to go missing. They have been known to reach 5.74 m (18.8 ft).

Does Australia have any introduced species this creepy or horrifying? The closest I can think of right now is the cane toad, and really, does that even come close?

(Our crocodiles would kick alligator butt though, so at least we have that)