Last weekend, I headed back to my home town to attend the Merriwa Festival of the Fleeces, an event I haven’t been to since I moved to Sydney in 2005. Established in 1990 to promote agriculture in the area, it has varied in size from a small one day event, to a 2 day event complete with local media in helicopters filming overhead. One thing that never changes, and which I thought my offspring would appreciate, is the dramatically named “Running of the Sheep”.

There have been significantly less fatalities than the similarly named Running of the Bulls, which is nice.

Sheep. Wearing red leg warmers. Running up a street. What more could you want?!

We had a pretty nice time and my offspring enjoyed the petting zoo especially. My idiot brother, charged with taking them to see the animals and getting pics of them on my phone, managed to get some nice pics of the kids, among all the weird selfies and photos of random objects I later found. 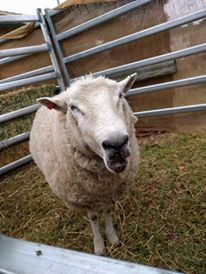 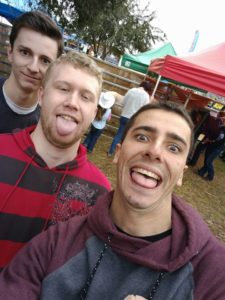 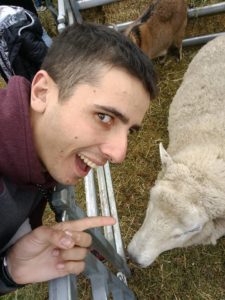 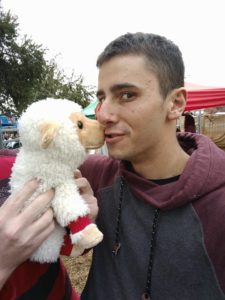 The Festival of the Fleeces used to be a bigger deal for me when I lived in Merriwa (obviously), but this was mainly due to my mother being in a knitting team that took part in a competition a few years running called the International Back to Back Wool Challenge. Yes, that’s right, a knitting team – teams of knitters and spinners would compete in different locations around the world, making a jumper (sweater) out of wool from a sheep that had been freshly sheared moments before, using their spinning wheels to make it into wool of good enough quality to knit with. They still hold the world record for fastest time to complete the jumper (4 hours, 51 minutes, 14 seconds) – yep, my mother’s knitting team is in a Guinness Book of World Records.

I’m quite proud of her, even though I’ve been told that it would have been way cooler if she was in there for the longest toenails or largest stomach tumor or something. We can’t have everything though, can we?