We were pretty happy to hear after the fires in Gatlinburg, Tennessee, that Ober Gatlinburg had managed to remain unscathed, especially as it is one of the main tourist stops in town. During a visit a few weeks ago, I got to ride on the Ober Gatlinburg mountain coaster as well as the alpine slide.

Both Rides Are Great For Daredevils and Chickens Alike 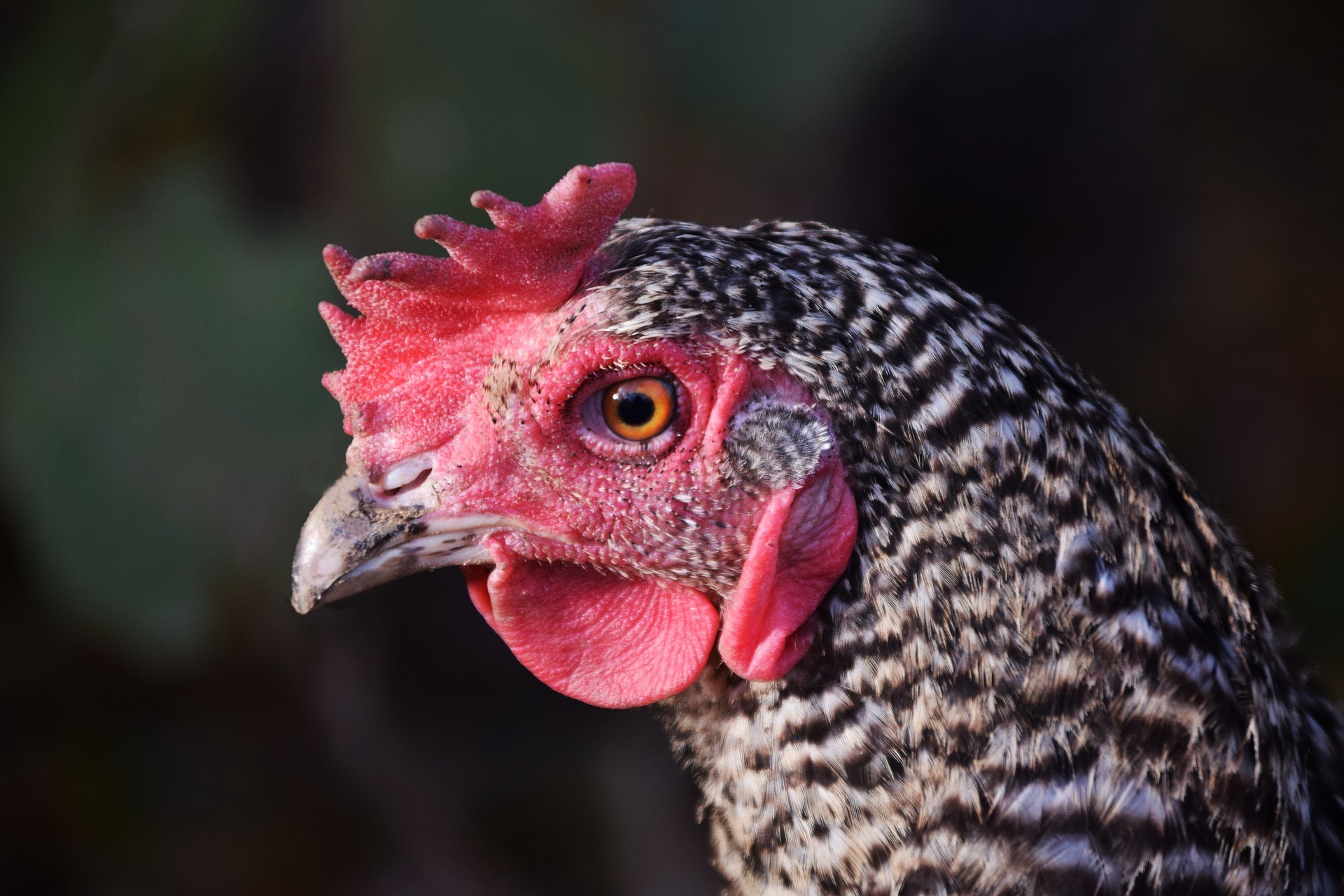 Pictured: me prior to any kind of thrill ride

Bruck, bruck! Yes, I am a huge coward. Rollercoasters are not my bag. But one of the benefits of both the Ober Gatlinburg mountain coaster and the alpine slide is that you can control the speed with a brake you operate with your hands. So if you wanted a more thrilling ride, you could skip the brake, save for the parts of the track where signs indicate to slow down. We were urged prior to riding the mountain coaster not to use the brakes too much, but this was mainly because it would make the ride less exciting for us. 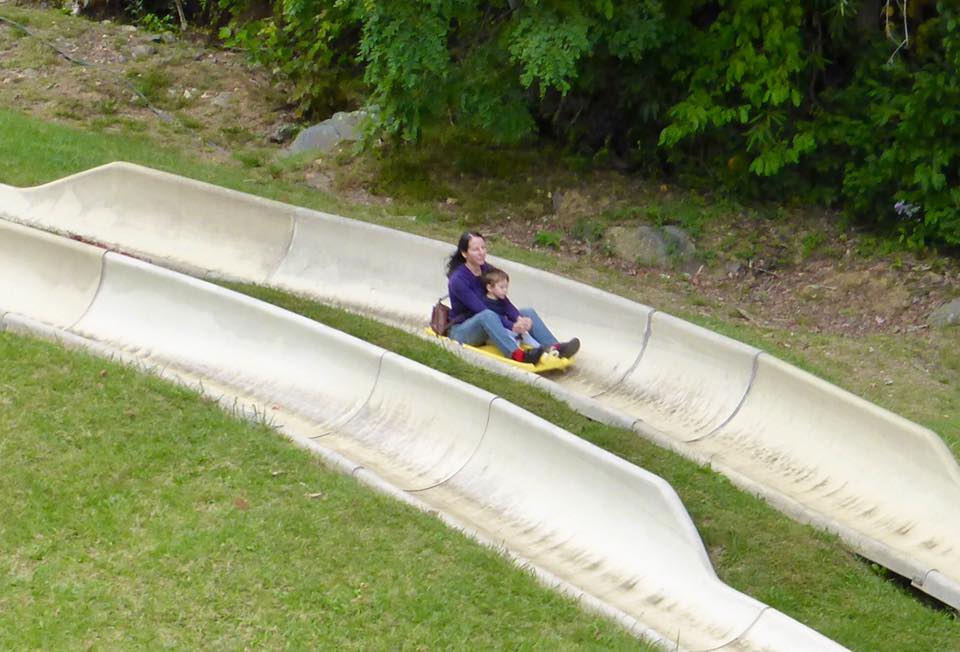 It is $15 per person over 3 years old…..and from memory you are not permitted to ride if you are under 3 years old anyway. I rode with my 4 year old daughter, so it ended up being an expensive ride. The alpine slide, in contrast, was $7 per person, and while still a thrill ride, I was able to take my not-quite-yet-3-year-old son with me.

If You Have Vampire-Pale Skin, You Might Look Photo-shopped In The Coaster Photo

I saw the photo of my daughter and I flying down the mountain on the mountain coaster and instantly loved it and needed to buy it. There is no denying, however, that the effect of the flash on my rather pale skin makes us look like we were just photo-shopped into the pic. 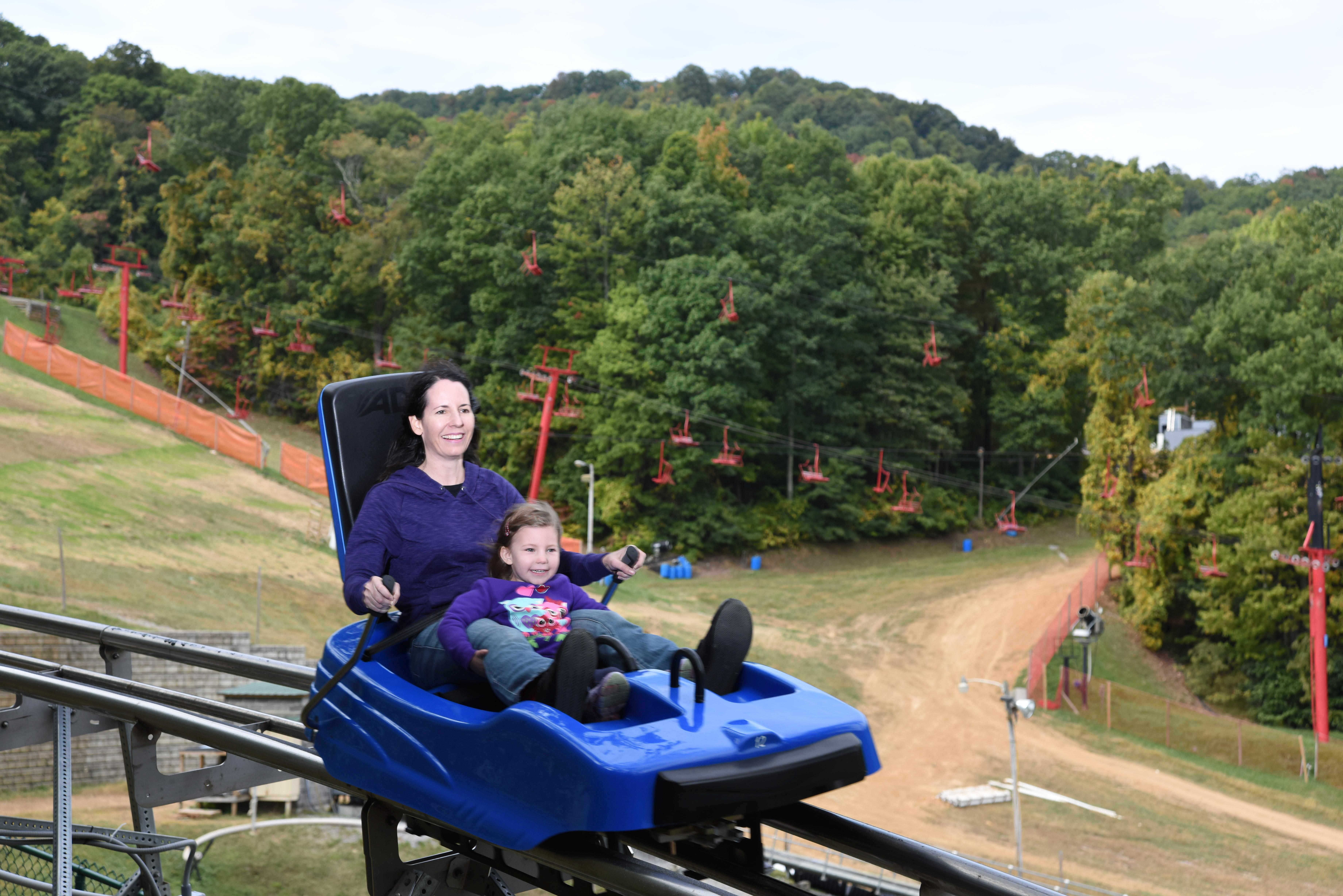 A friend who has previously got up to some mischief with my photos asked if she could make it look “more fake”. I told her to do her worst. 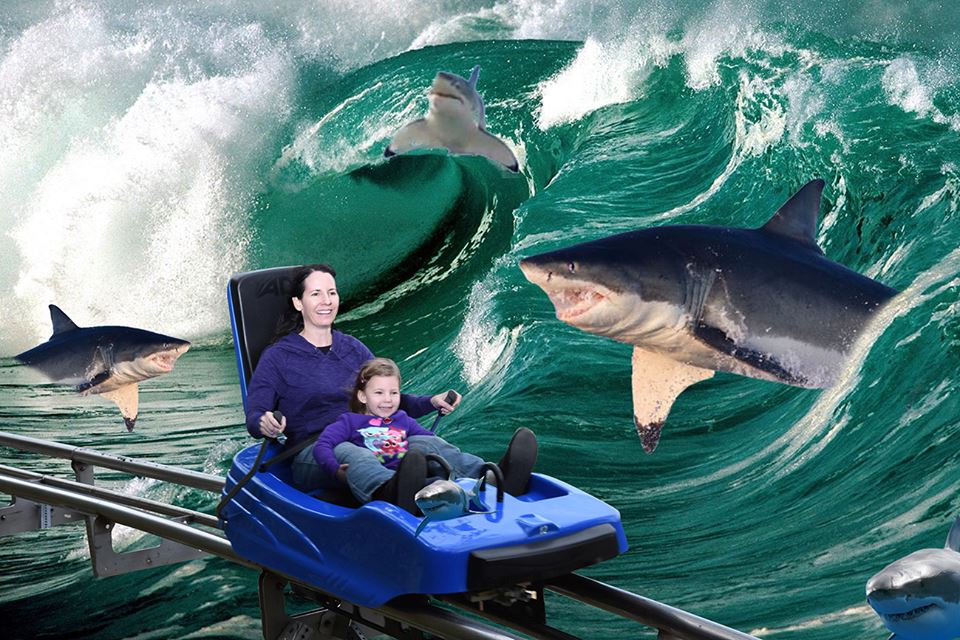 What could make this ride more thrilling? Frickin’ sharks!!! 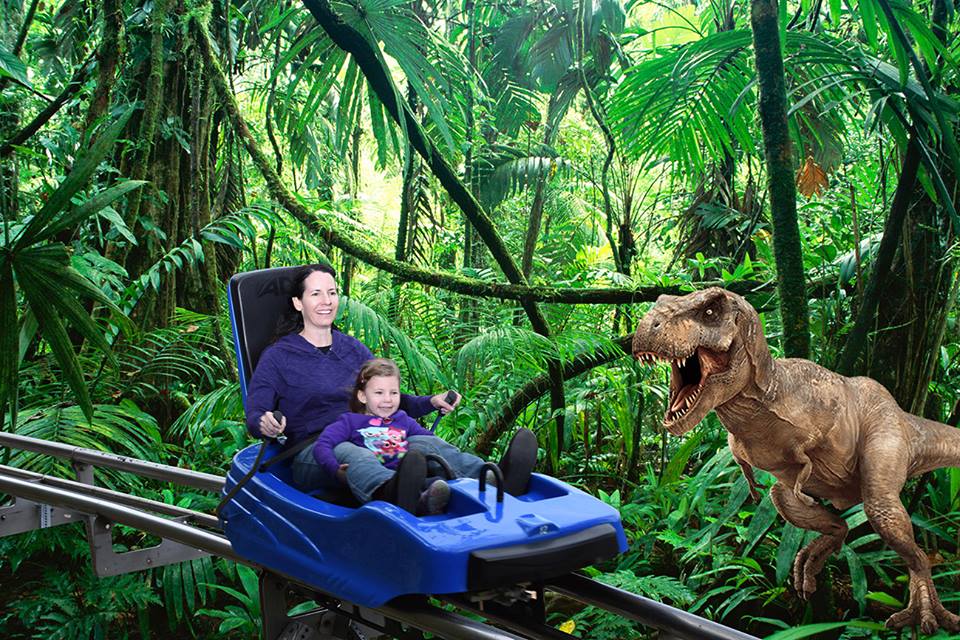 No, make that frickin’ dinosaurs!