When you go to another country, you need to fully experience the culture, sights, sounds, smells…..yes. Smells. I really wanted to find of what skunk smelled like before I left the US. Much to the surprise of my American friends who assured me that no, I did not want to experience that, and also, what was I even thinking?!

I have a bit of an obsession with Australian and American animals and how they compare on the creepy/scary/dangerous scale. No Australian animals have that sort of defense mechanism, at least not strong enough to fear. The power of stench! I was assured that it would happen, that one day I would be driving along and smell something awful, and that it would be a dead skunk. But it was approaching the end of a year in the US and I was starting to panic. When would it happen? Friends tried to quell my fears by telling me that you can buy scratch and sniff samples that include the smell of skunk, but I wanted the real deal. And they just continued to wonder why the hell I would actually want that.

Finally, I spotted one. A dead skunk! Just lying at the side of the road! Would this be it? Would this be the moment my wish came true? 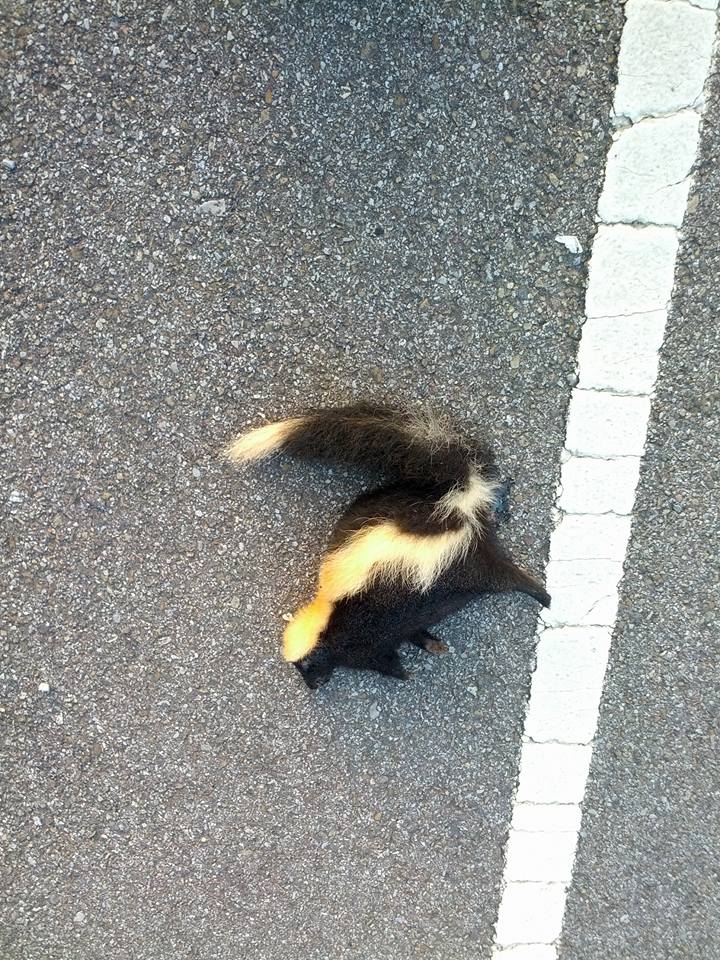 Are you The One?

I stopped the car. Excited, I ran over, braced myself, and then…nothing. Why didn’t it smell? Did they have a gland or something a car needed to squish for there to be smell? Were they like air-fresheners and just ran out of smell after an extended period of time? Disappointment levels were high.

A few weeks later, I got a text message from my husband. He’d seen a dead skunk on his way to work, it definitely smelled, and he gave me its location. And this time – wish granted!

I had Australians asking me what it smelled like. I can’t describe it. I’d imagined something like rotten eggs myself, but nope. I’d been told that it smelled like marijuana smoke, nope (I’ve never partaken but I’ve been around those who do, and I’ve nevre run away gagging or anything), roasted coffee (but…isn’t that a good smell?)….nothing fit. It just smells nasty.

Delightfully so! I regret nothing!

(Why yes, I am obsessed with dead things a bit. My friend Cassie is as well, but in an actually tasteful way, it would seem.).