Like a few Australians I know, I had the pleasure of visiting the Grand Canyon late last year. Unlike most of those Australians, I avoided making a mistake that probably amuses a lot working in the tourism industry there.

Not the mistake of not giving ourselves enough time there – we definitely made that one. We only spent one night there, and weren’t organized enough to spend that night camping at the bottom of the canyon, so only had the chance to walk part way down and back. Breathtaking – even photos taken by a better camera than my dodgy phone can’t do it justice – but it would have been a better if we’d given ourselves enough time to do the full hike down.

Not the mistake of thinking we could climb in and out of the canyon in one day. There are warnings every where about what a bad idea it is to attempt it, that people have died trying, and to only hike to the bottom if you intend to camp for the night there, and what you should take with you. Yet people still do it. We heard that someone had died a few days before we got there attempting that very thing.

No, the mistake we avoided making was assuming that desert = hot all year. I don’t know if many Americans are making this mistake, but a hell of a lot of Australians are.

First 2 of my brothers visited a few years ago, and packed primarily shorts and t-shirts. They froze their arses off, wore their pajamas under their clothes, and bought furry hats with ear-flaps. A friend’s sister was proposed to by her fiance at one of the Grand Canyon lookouts in what he obviously envisaged would be a romantic moment to treasure, but this was slightly spoiled by her being grumpy and swearing all the way to the lookout and just prior to his proposal due to being so cold and unprepared for it. A work colleague who I have never seen less that perfectly stylish and fashionably dressed (as in around 20,000 Instagram followers level of stylish) told me that she had been so cold, she resorted to buying a hoodie with a picture of a helicopter on it. And these are only a few.

How do locals feel when they see these freezing visitors? Caring, sympathetic to their plight? Judging by the fact that the bus driver my brothers met while there asked them not to tell their friends about how cold it was, because it’s so funny for him seeing tourists show up dressed for the heat – they don’t feel even a little bit bad. Jerks! 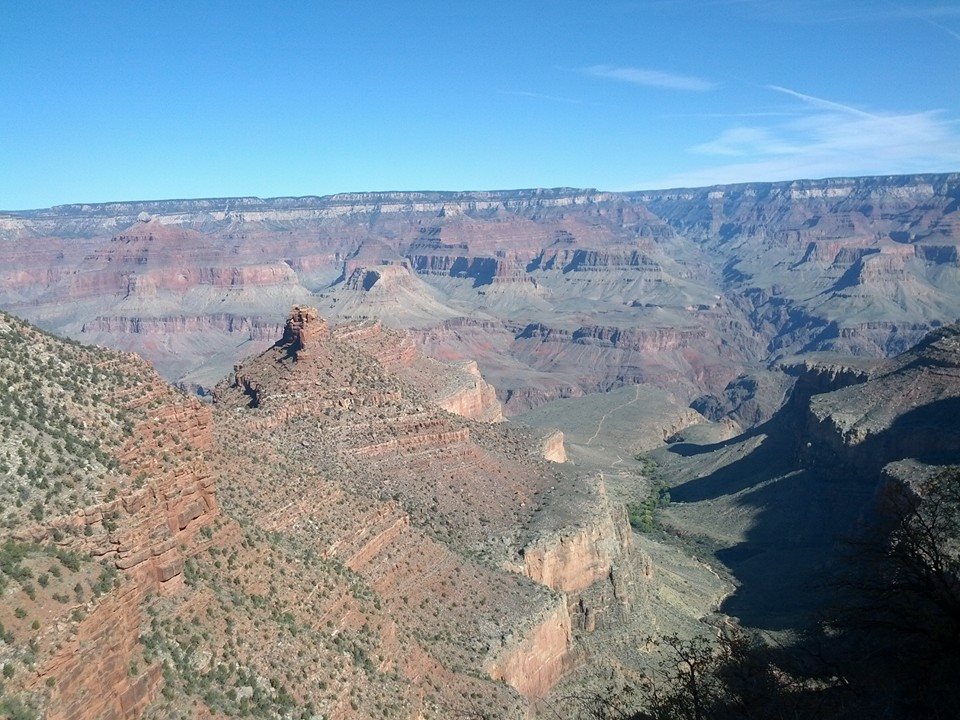 Not in shot – snow on our side of the Grand Canyon. 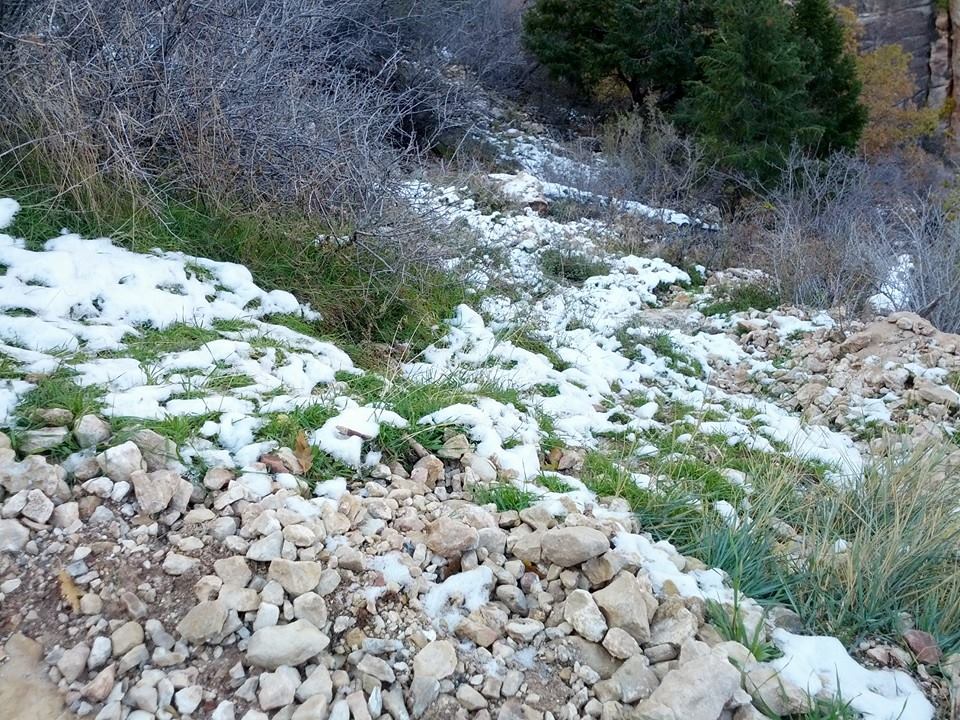