Shortly after settling in here, it didn’t take long to notice that…..something was missing. Not just from our home, but almost every other home I could see.

Where was the bloody clothesline?! 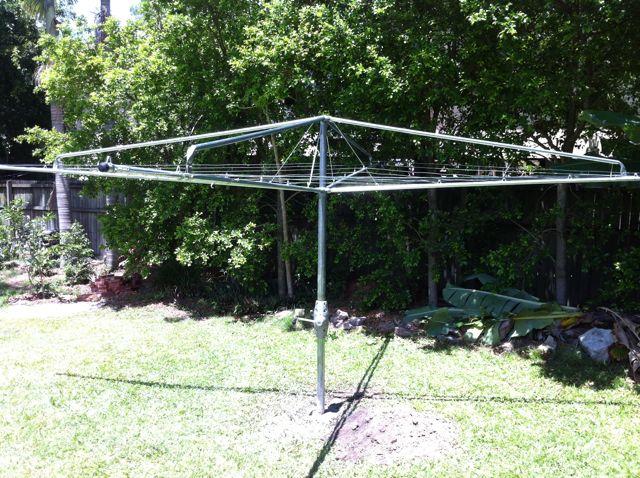 Clotheslines in backyards are pretty much standard in Australia. Heck, the ugly Hills Hoist is a proud Australian invention! And when we lived in a unit, we even had a communal clothesline. Some of us own dryers, but most Australians forgo dryers and hang clothes outside to dry. If it doesn’t rain much, and you have a big, free, hot burning ball in the sky, why not use it? So it was a surprise to discover that unless you are too poor to afford one, you own a dryer here. And that some people would express concern about my desire to hang my clothes outside. And that it would be a challenge to find a clothesline to buy and set up. Even while buying mine, I was given a lecture by one of the store staff about how I should be sure to hang my clothes inside-out to avoid them becoming faded, and I’ve been assured that they will last longer if I just use the dryer. Whatever.

So for the first few months here, I faithfully hung our clothes outside, with the dryer only used for emergencies, smug in the knowledge that I was being environmentally responsible and not racking up a nasty big electricity bill.

That smugness lasted a few months, right up until the kudzu bugs showed up. 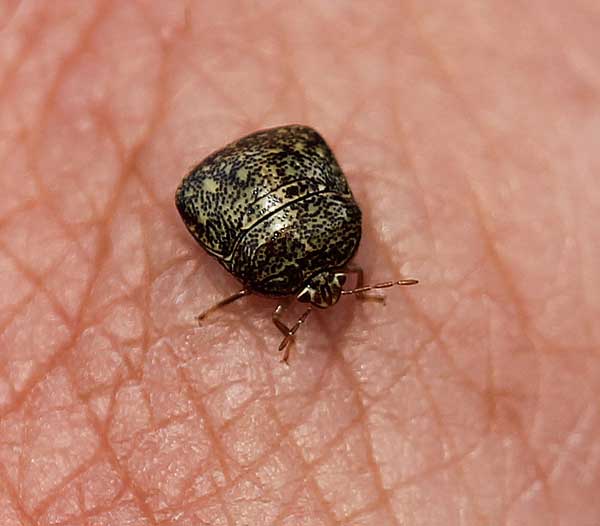 In the fall, I noticed that little brown bugs were climbing on the washing left outside to dry. And that if I aggravated them, they would stink up the clothes. Eventually, the clothes would stink BEFORE I had even attempted to shake them off, just because these bugs had hung out on them. If I missed one and brought it inside by accident, whatever they touched would smell awful. Late one night I woke up to find one had managed to get into our bed, and that was my last straw.

At least for the fall, dryers all the way.

And the worst part? I had thought these, and the larger stinkbugs I had seen both inside and outside the house, were native to the US. But no. They are originally from India and China but have managed to settle here. 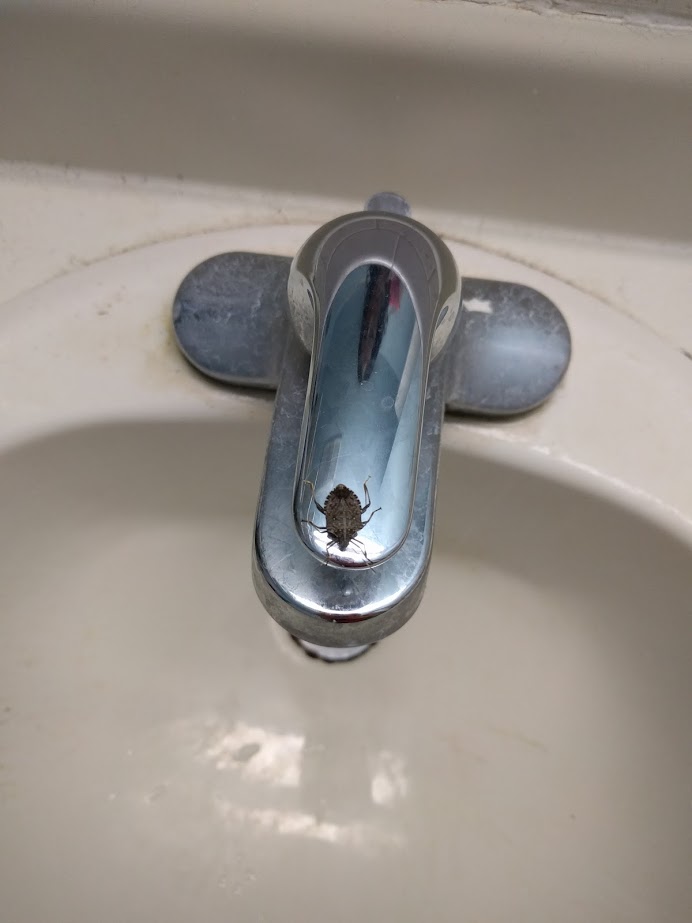 “I’ll stop you using the sink, then I’ll take your job!”