When I found out that a replica of the Parthenon had been built in Nashville, my first question wasn’t “Where in Nashville is it?”, but “Why?” 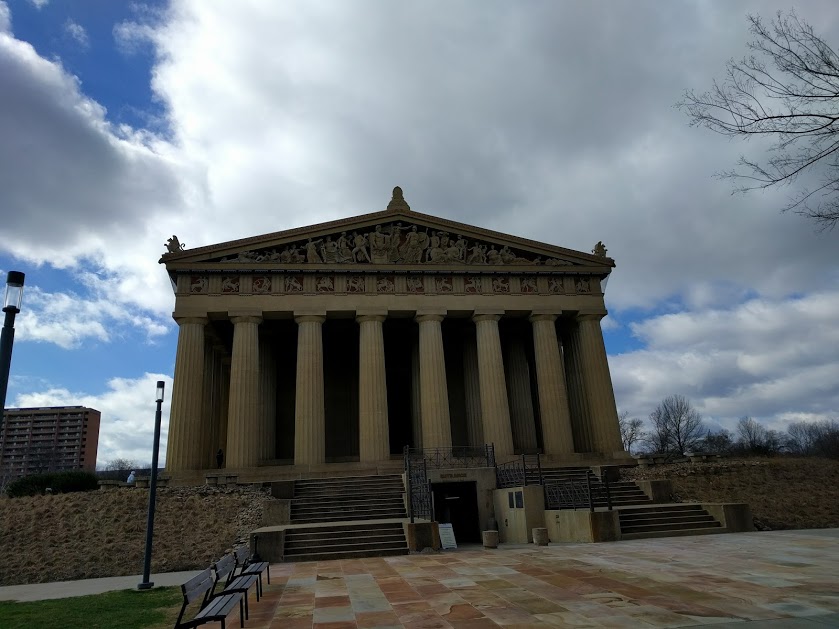 I had been expecting country music themed bars, museums and everything else that can possibly be linked to country music to exist in Nashville, but not replicas of ancient Greek architecture. 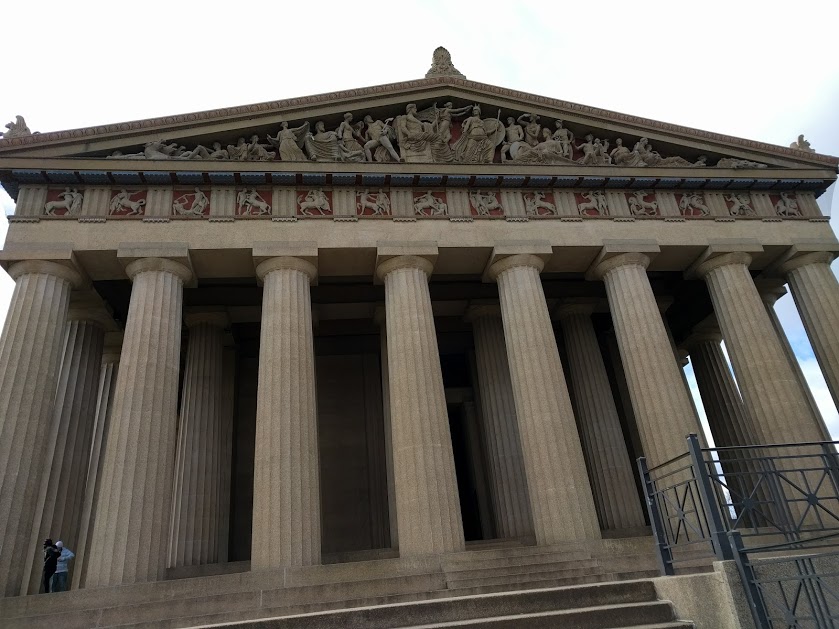 Fortunately, information regarding how it came to be there was readily available in a museum located below the Parthenon (which also houses an art gallery), telling the story of the 1987 Centennial Exposition, complete with relics and photographs of how it looked back when it was built as a temporary structure, its reconstruction and the triumphant building that stands there today. 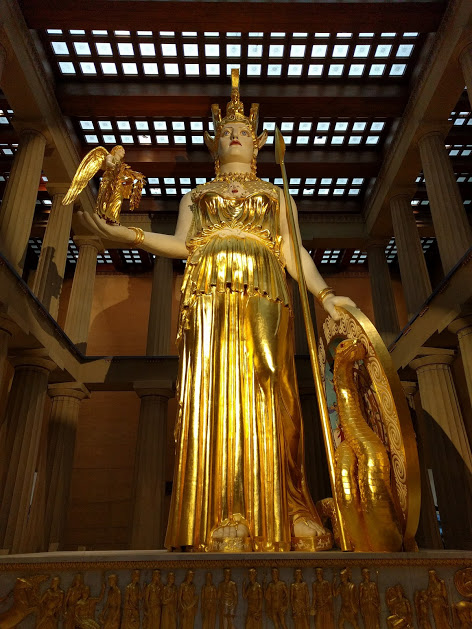 Statue of Athena – Nike, the figure sitting on her hand, is 6 feet tall

Inside the Parthenon is a rather impressive statue of Athena, apparently another replica based on scholarly descriptions of the time a similar statue was housed in the original Parthenon.. What I found of particular interest, however, was information regarding the replicas of the Pediment sculptures which adorn the building, who created them, and the lengths that had to go to make it as close to the original as possible – considering a lot of the original was in ruins long before they ever laid eyes on it. It was not a sloppy half-assed job, and it shows.

Why is there a replica of the Parthenon in Nashville?

Because why not, that’s why. 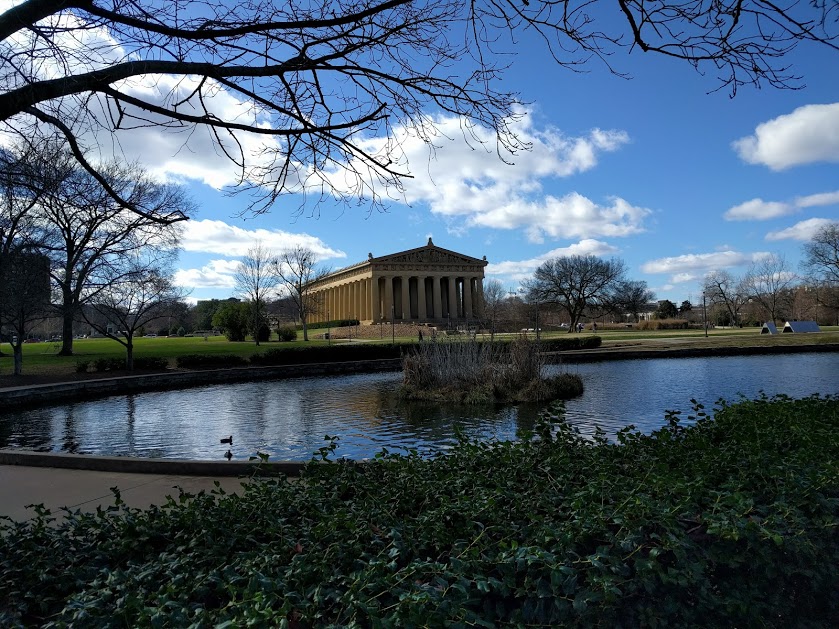