Although it happened more when I had just moved to the US than now, I still occasionally hear from Americans about the positive things they admire about Australians and Australia (they are able to see past our nasty wildlife sometimes). Steve Irwin is still greatly missed, some of our animals are cute, and we created the much loved “Bloomin Onion”.

I had never been to an Outback Steakhouse (apparently they have only a few in Australia) before dining at one in the US. I’d heard of it, but  I had no idea it was Australian themed. I thought it was just…a steak house. And by Australian themed, I mean they have some very stereotypical Australian decor – Aussie flags, maps of Australia, boomerangs, signs that say “G’day”….but not particularly Australian foods. Including the Bloomin Onion, which is one of the more beloved dishes served up.

The problem with running an Australian themed restaurant is that we don’t really have a strongly defined Australian cuisine. There are definitely a few things that are Australian, but for the most part….we just borrow dishes from other cultures that have settled here. Which is awesome, obviously, but makes it harder to come up with a uniquely Australian menu. So I can see why you might just make stuff up and say it is Australian. If most of your customers never visit the country, how are they to know?

I finally ate at an Outback Steakhouse in Vegas, and obviously ordered the famous onion to find out what the fuss was about. I didn’t like it that much. Most of their customers here seem to really love it though, so……

…..maybe I should just shut up and claim it as Australian anyway. 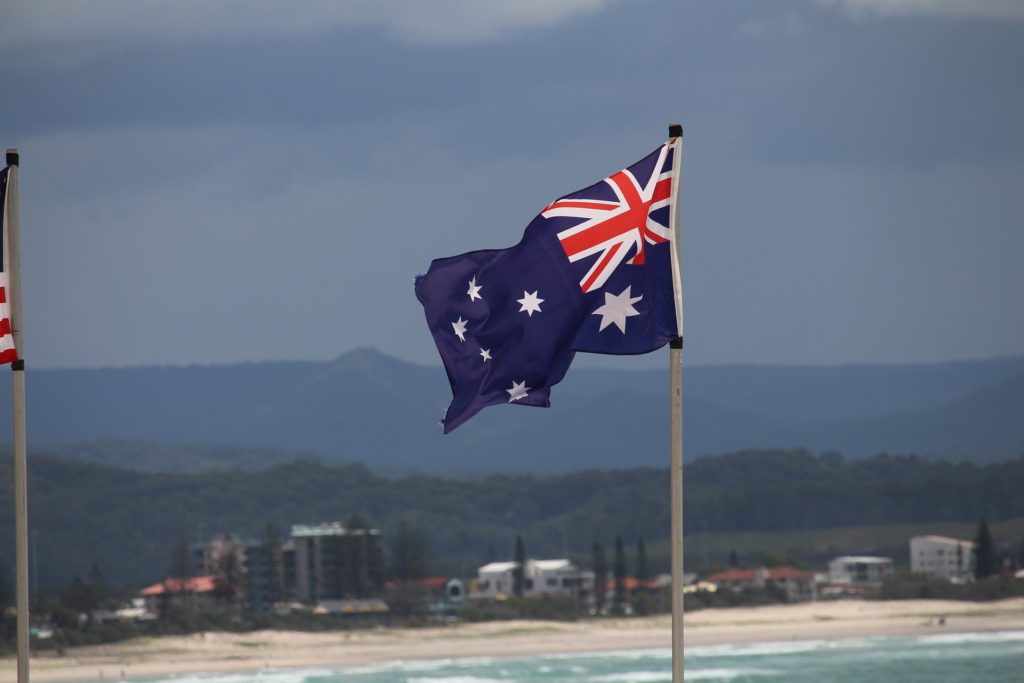 So much Aussie pride as I bite into my Bloomin Onion!