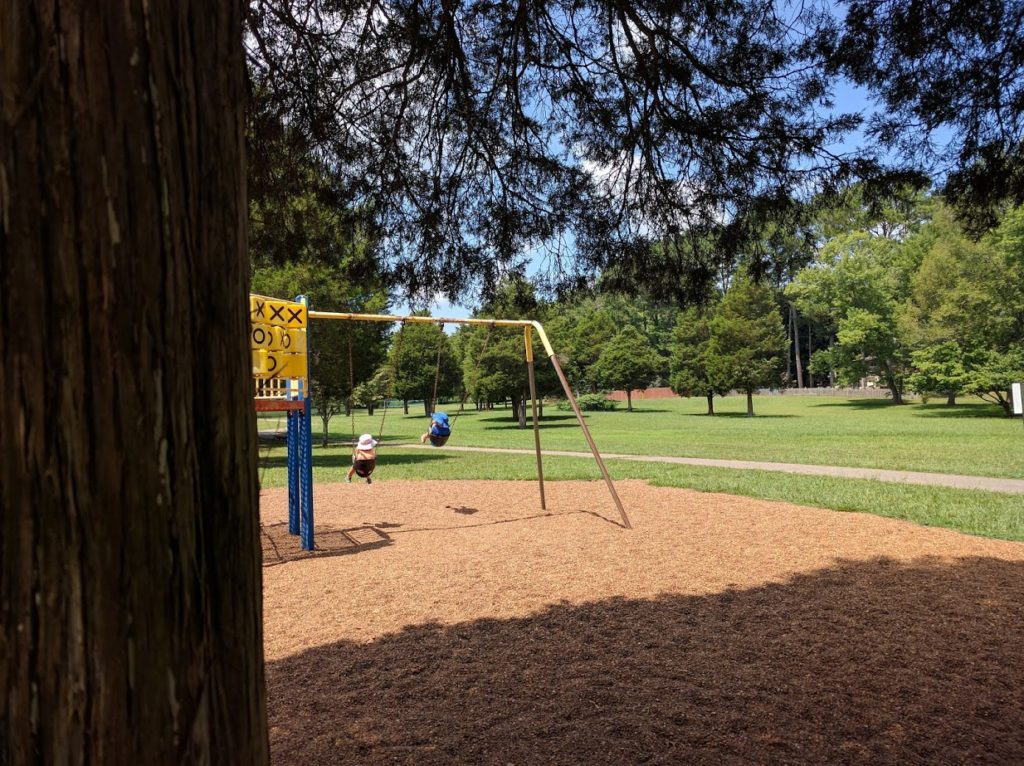 I saw him shortly after arriving at the park.

Disheveled and dirty, standing next to his rusted truck in the parking lot, smoking a cigarette and……just watching the children in the distance who had finished baseball practice and were now milling around with their parents.

What could I, a concerned parent of small children who were also at the park, do about this situation? I decided to go with what I felt was the most measured, responsible course of action.

Which was fortunate, considering that not long after I had taken in his suspicious behavior and appearance, two children came running from the baseball field, jumped into his truck without exchanging a word, and were driven off in a distinctly non-kidnapped fashion.

The disadvantages that women face – relating to harassment, safety in public, online abuse and threats, and career just to name a few – have received a lot of welcome attention recently. These have started conversations which hopefully will lead to some social change, although these things take time. There are, however, still some definite freedoms which come with looking like the proud owner of a uterus.

If I felt the urge to take a dorky selfie next to a movie poster to send to my children, I wouldn’t have to worry that someone might assume that I was taking a photo of some nearby children, snap a picture of me, post it online to be shared hundreds if not thousands of times, call me a creep and notify security. A father in Melbourne was not so lucky.

I could use my phone to time workouts in a park, without fear that parents would think that I was just pretending to be working out so I could take photos of their offspring to get my jollies with later on. Not so for a man in San Francisco, who dared to not only go to a park sans child, but also used his phone to time his pull-ups, almost as if he had the right to be there and use the facilities as much as anyone else.

If I ever decided to invest in a big camera that takes better pictures than my phone and try my hand at photography, I could take it to a park without worrying about anyone calling the police, a freedom denied to a man in Cambridge who was accosted by several police officers after a concerned citizen decided that he was taking pictures of children. He had not taken any photos that day, but during previous visits over the years had taken pictures of children with parental consent and had even had some published into a book of poems.

When a child that is not mine initiates a conversation with me in public, I do not have to worry that an obviously disgruntled and suspicious parent will quickly show up to assess the situation. Ignore the child’s friendly and curious efforts at small talk, or risk the parents treating you like a potential predator? My husband has had this experience while at a playground when our own child was not in his immediate vicinity, and although he was more mildly annoyed than distressed, he still thinks about it and is wary regarding innocent interactions with children that may be viewed as otherwise by hyper-vigilant parents.

Imagine the hurt and damage to a reputation I could have caused if I’d simply decided that the stranger in the park was a pervert, rather than a dad responsibly smoking a cigarette well away from a group of children, and had taken a picture and posted it online.

Social media is, as always, both a blessing and a curse. We can get a message out into cyberspace quickly and to a wide audience. Unfortunately we can spread misinformation, rumors and do a bit of scare-mongering to whip up particularly drama-hungry or paranoid parents, the most vocal and share-happy type of all. Parents are tending to jump to the worst possible conclusion, rather than the most probable, and often it seems to be driven as much by excitement as by fear.

Is there any accusation you could level at a person more offensive than to suggest they are a pedophile? Seriously, try to think of mud that sticks more horribly than that. And then ask yourself – how quickly should we start throwing this mud around without firm evidence under the guise of “protecting children” and “better safe than sorry”? How can we balance the rights of the stranger in the park while still actually protecting children?

Fortunately, I have a solution!

For those that lack the imagination to consider possible, innocent alternative reasons for seemingly suspicious behavior, and therefore to decide when to take action, I have a handy rule of thumb that I use: ask yourself, would this behavior scare me if it was a woman?

Would I be worried about a woman saying hello to my children?

Would I be worried about a woman without a child of her own in a park?

If a woman took photos in a park, would I be worried that she was trying to sneak pictures of my children for devious motives?

If a woman was watching children with her hand down her pants, would I be…….oh hey, yeah! I would be worried about that. So there’s your cue to call the cops!