A couple of weeks ago, I saw the following event on Facebook, which a few people I know in Sydney had marked that they would attend. 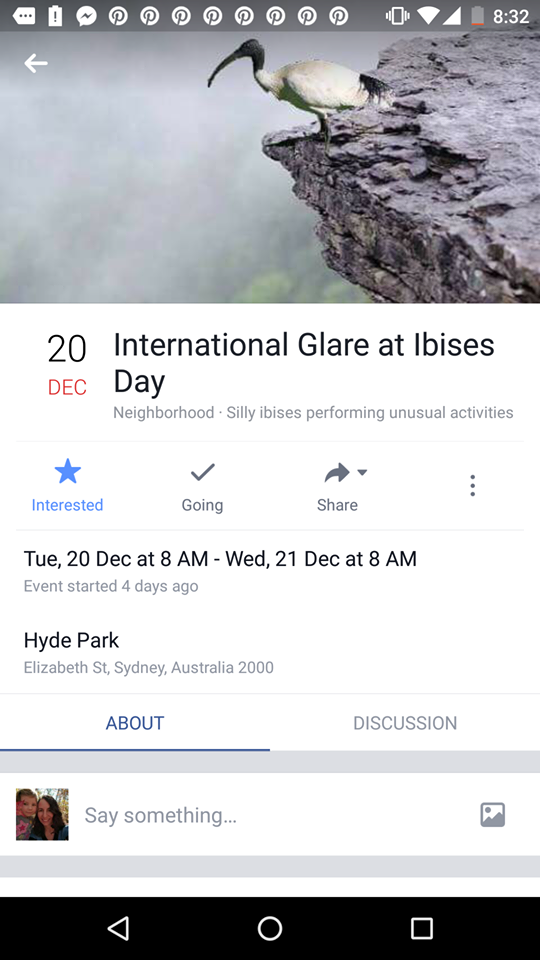 I have yet to see an ibis in a US city, so I’m sure some foreigners would be baffled as to why this would be an event on facebook. Complete with photos by lots of Australian contributors, of ibises that had been glared at that day (because pics or it didn’t happen). But if you were to visit Sydney, however, you’d understand. 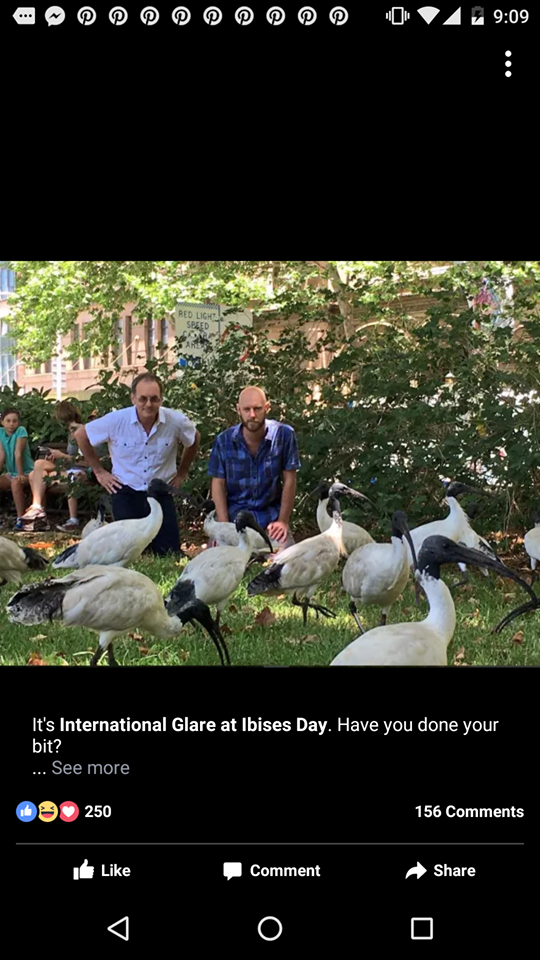 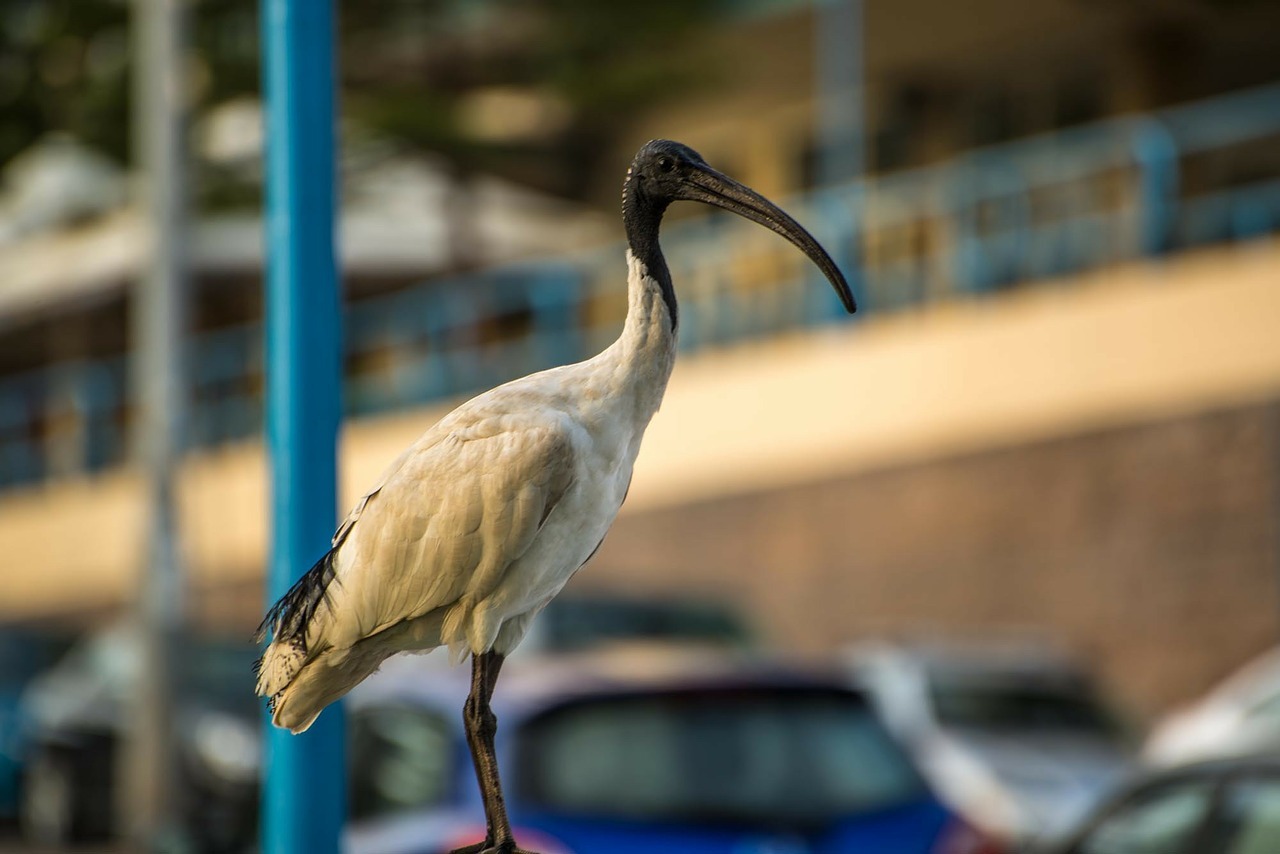 And they’re, uh, not popular. In case nicknames like Bin Chickens, Trash Vultures and Tip Turkeys didn’t offer any clues.

The feature I’d say most people despise about them would be…..the smell. You can be walking somewhere and smell them before you see them. Nose-hair burning stuff! And the last thing you want is for them to set up a nest anywhere near a place where you have to spend time. They seem to favor palm trees).

Their long beaks, suited to looking for mussels and crustaceans in wetlands, also turn out to be perfect for drinking bin juice and rummaging through garbage.

And like their city competitors, pigeons and seagulls, bin chickens are adept at harassing people for food. Below are photos taken of my younger brother years ago after making the terrible mistake of giving one of them a fry. 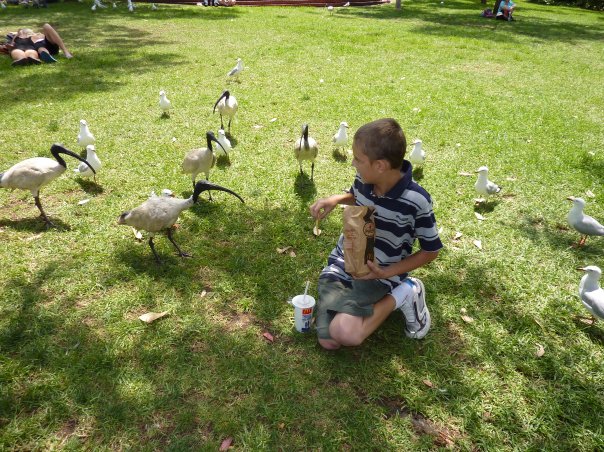 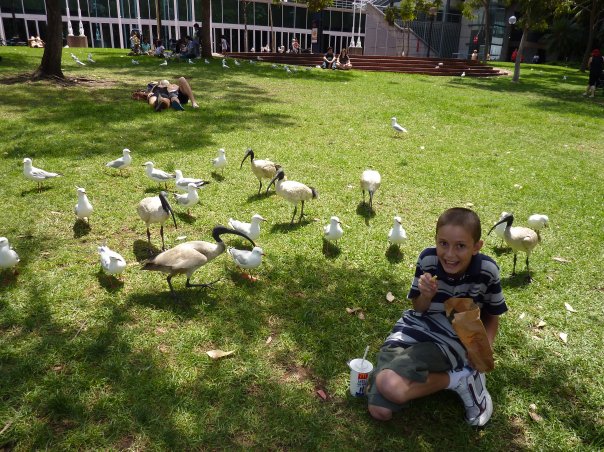 Why are these filthy, stinky, shitty birds in a city instead of an actual wetland, where they’re supposed to be? Did one of them taste a fry and go back to tell the others about an easier life available in the big smoke?

The first influx of Australian White Ibis apparently turned up during a period of drought. And we’ve had a few since then. And we’ve done enough fiddling with their environment due to our own needs for water that they haven’t really had a choice but to move on and find another place to live. If you see photos of them in their actual habitat, they look clean and healthy, even regal. It’s easier to see why one of the Egyptian gods, Thoth, was depicted with the head of an ibis.

So…….it’s not exactly their fault. It’s ours. They’re just trying to get by. If anything, they’re an environmental warning to us that we should be heeding.

But just because they’re native animals just trying to adapt and survive, and just because I have sympathy for them……doesn’t mean I have to actually like them. Doesn’t been I won’t be calling them bin chickens. And it doesn’t mean that I can’t still want to find a way to take part in International Glare At Ibises Day from overseas. 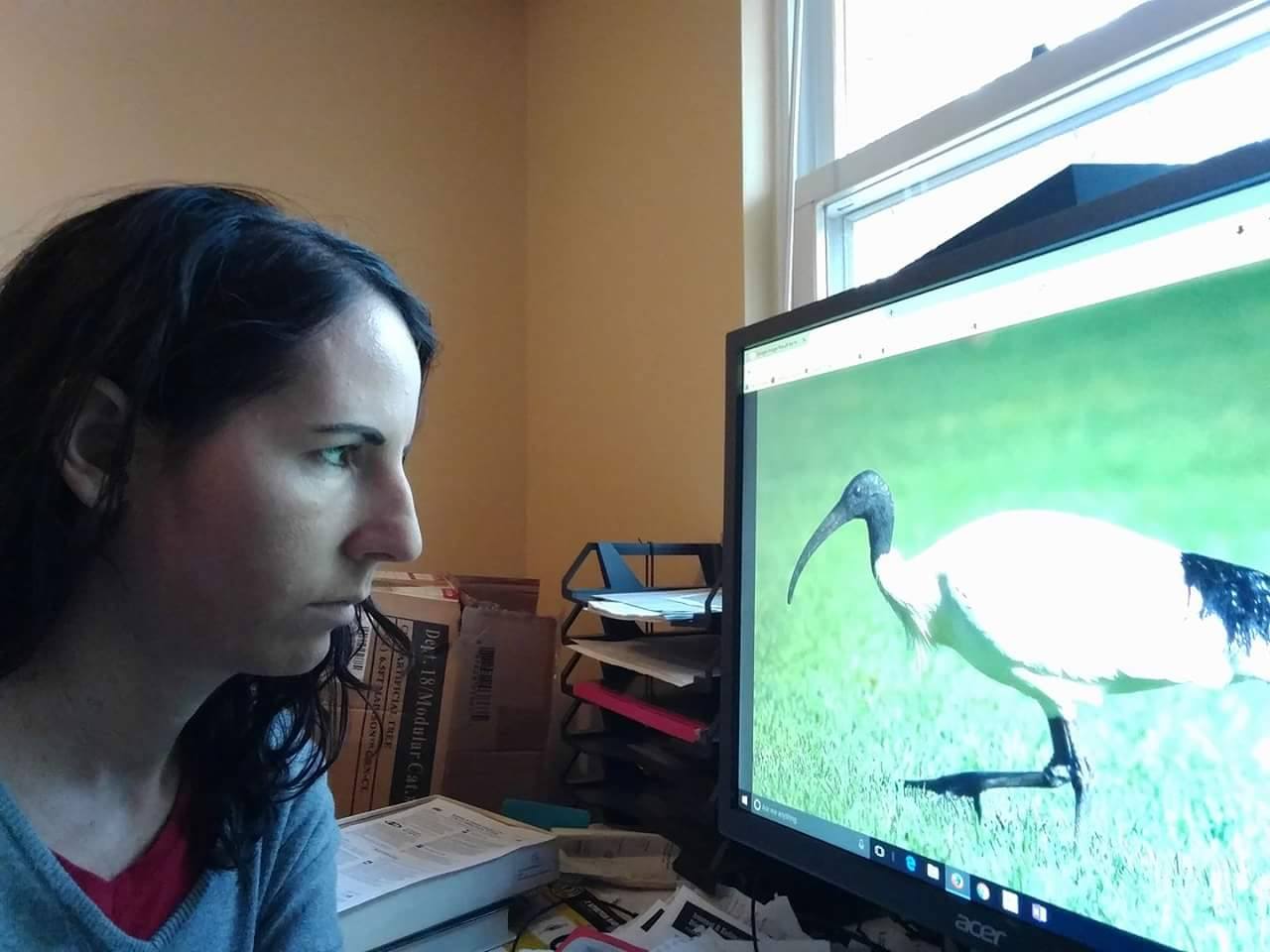 I was there in spirit