“The people on the bank are NOT your friends” – whitewater rafting guide.

Last week, I went whitewater rafting for the second time. Previously we had rafted on the middle Ocoee River, TN (with a company called Quest which proudly displayed posters from the movie Deliverance in its cafe…this was not reassuring), which had quite a few rapids to negotiate right from the beginning. The Upper Ocoee, which we did through Wildwater Ocoee, had been described as a bit more of a challenge. While most of the trip was fairly mild, there was one section in particular named “Humongous”, which followed directly after another called “Godzilla”, both of which presented a challenge.

We were warned prior to tackling Godzilla/Humongous, to ignore the people that would be on the bank and not listen to anything they told us to do. “It’s like NASCAR, they’re just hoping something will happen”. Sure enough, they were there. Some of them were set up with chairs and everything, all the better to watch the hoped-for fuck-ups. Fortunately we were able to disappoint them, but the raft ahead of us did not. And they were right in our path. I was at the front and I think my face adequately reflects how I felt about that in the first 2 pictures. 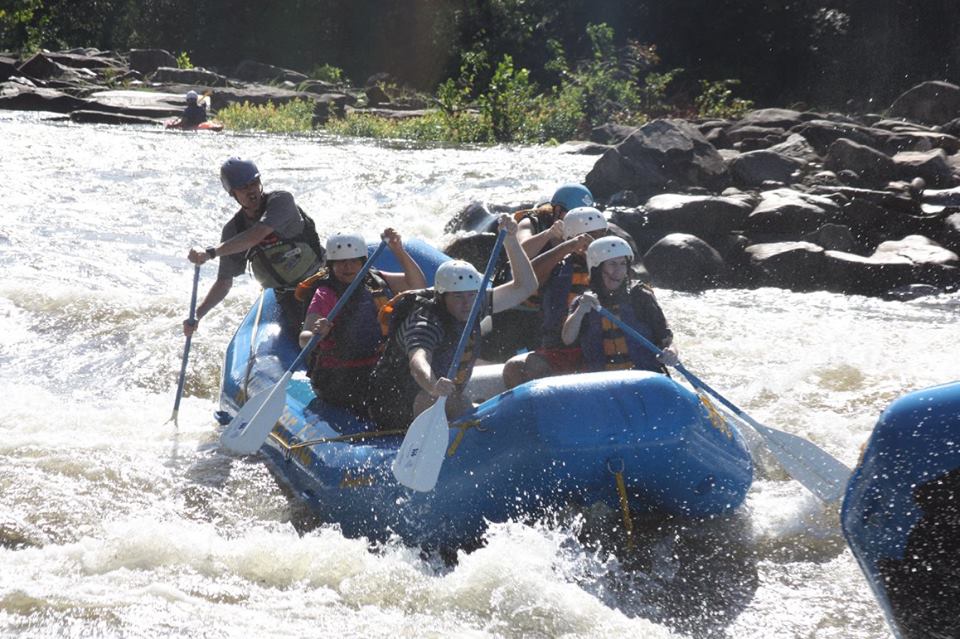 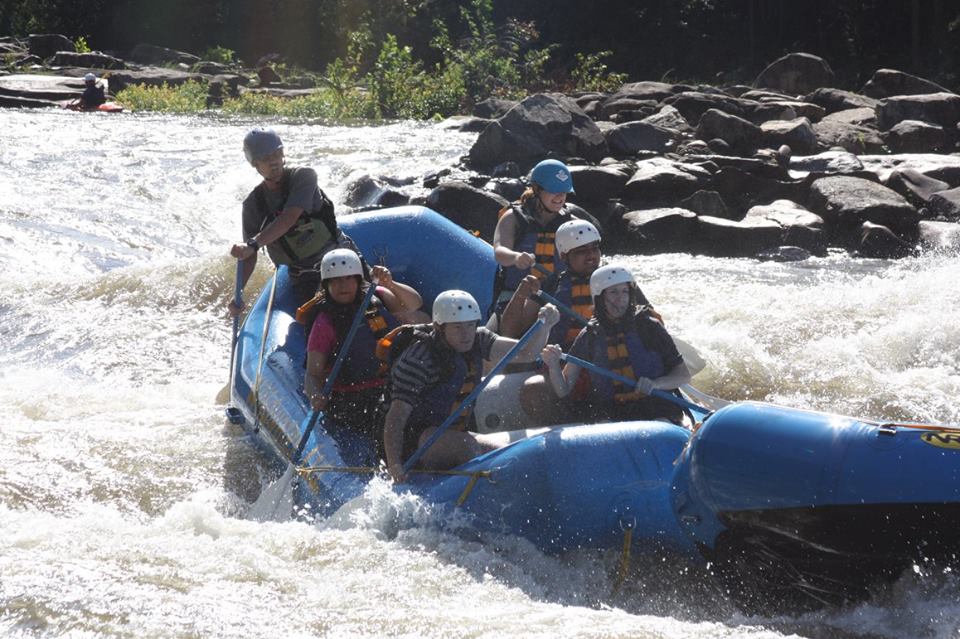 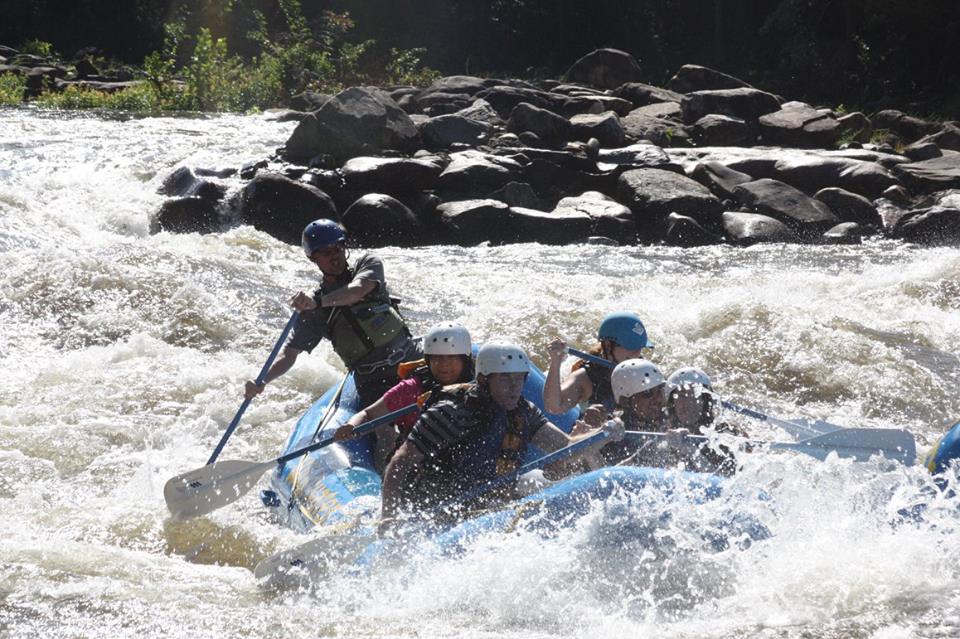 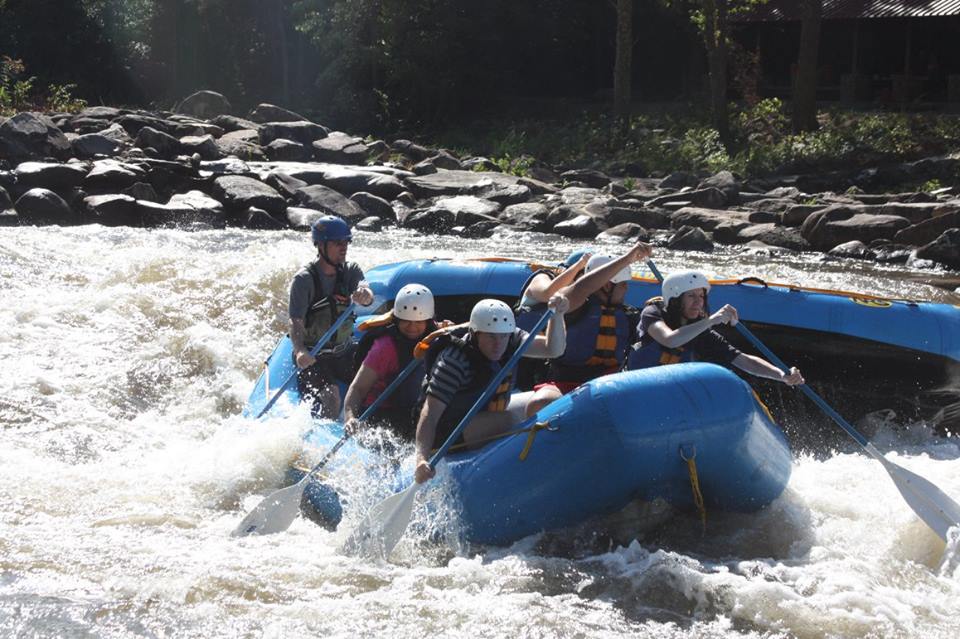 Last time we only bought one of the photos available. It was perfect, but for a splash of water in front of my face which looked weird. But hey, I know someone who would photoshop that out for me if I ask nicely! She agreed, so I sent her the photo, with this very reasonable request included:

And shortly afterwards received this: 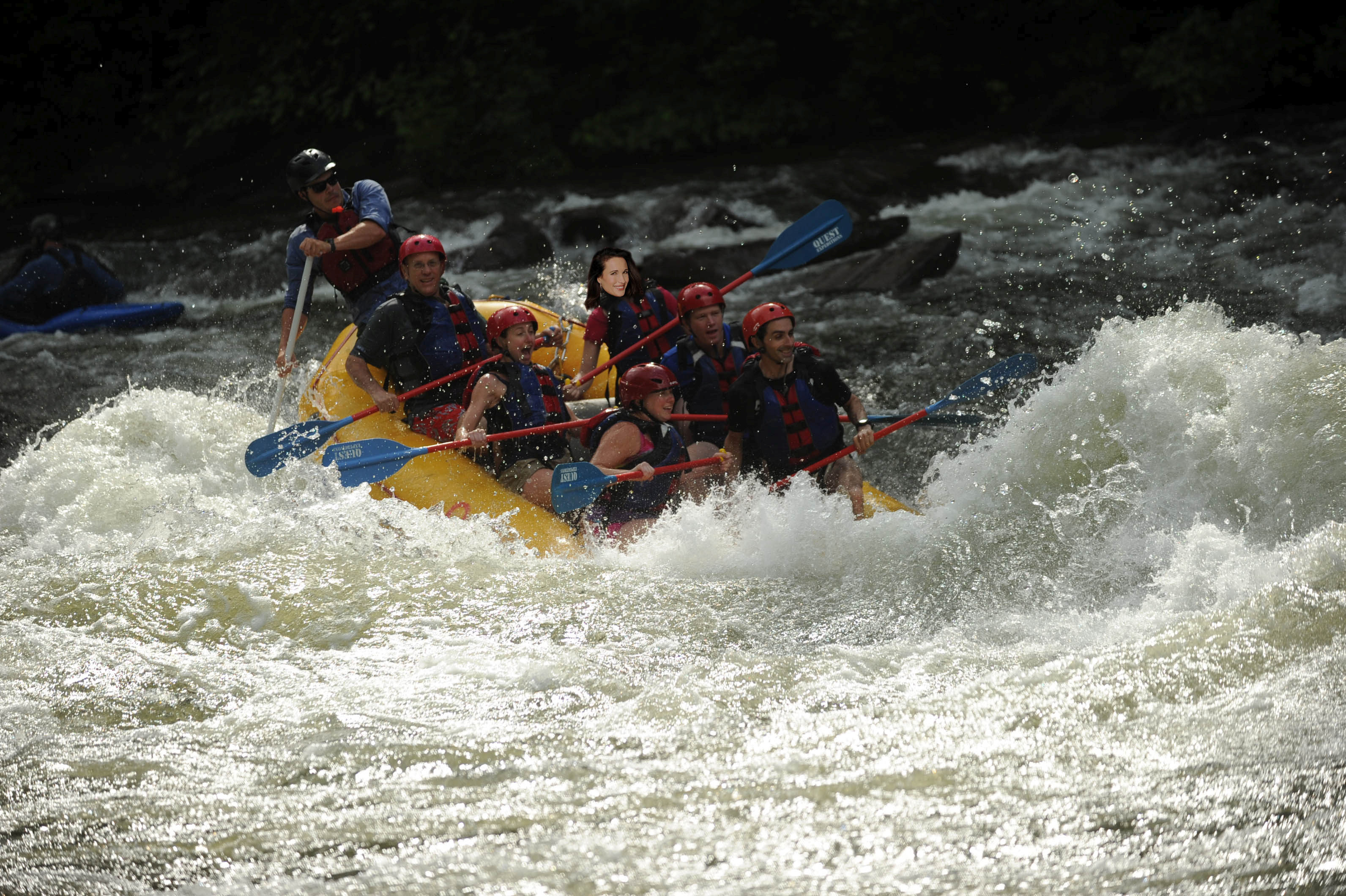 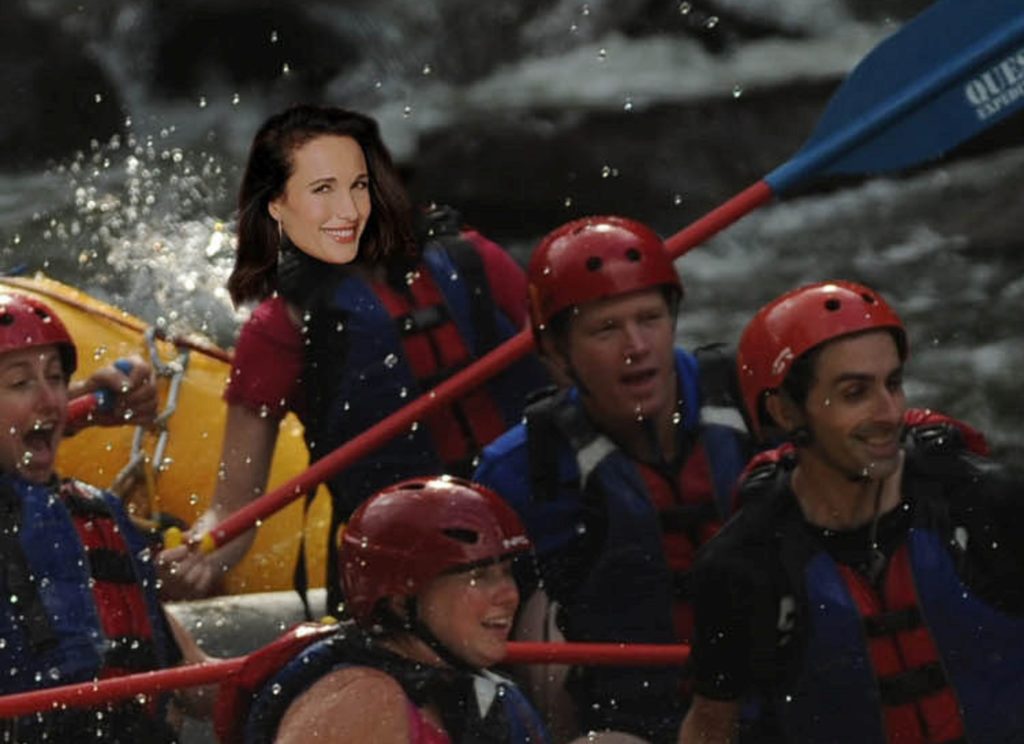 I momentarily forgot that all my friends are jerks.

(eventually I got the pic below, with my actual head) 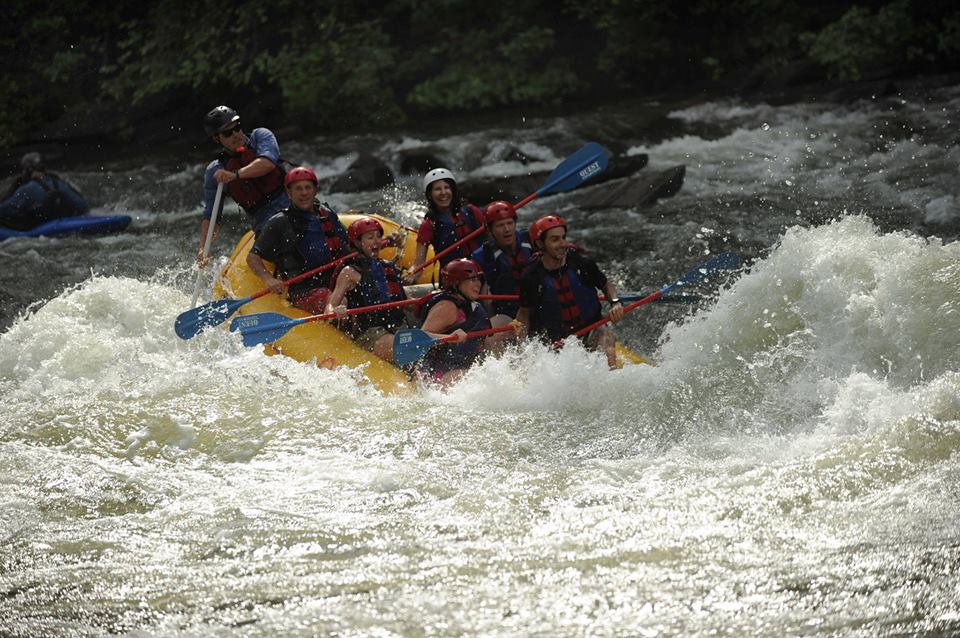