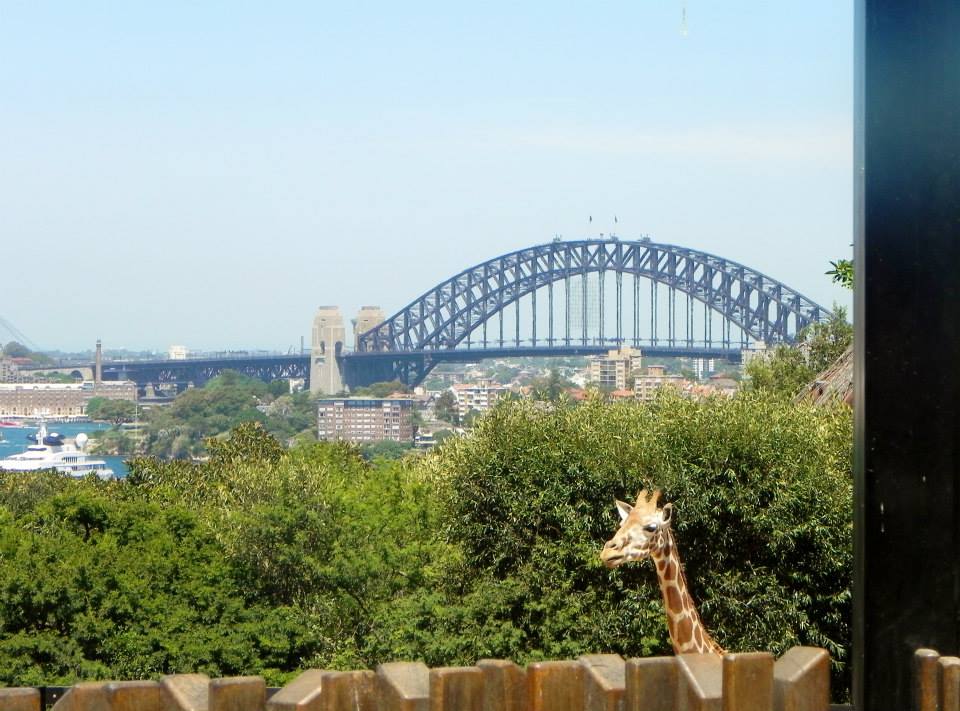 Look at this snooty giraffe, lording over us because he/she has harbour views.

Yeah, ok. It’s a beautiful zoo. But if I get foreign visitors when I get back to Australia, I will be more likely to brave the bogans and head out to western Sydney to visit Featherdale Wildlife Park (and no, sadly, they aren’t paying me to say nice things. Hey Featherdale! Throw cash at me if you want!).

Why? Well, I would assume that if you are visiting Australia, you are likely to be particularly interested in seeing Australian animals, which are the focus of Featherdale. Just as appealing though, you get much more chance to interact with some of the animals at Featherdale, rather than just gawk at them.

You can pat a koala and get a photo with it. If, you know, you are actually really eager to do so (I think Koalas are rather boring, but I seem to be in the minority). There was no extra charge on top of the entrance fee to do so while we were there in 2013, but this may have changed. 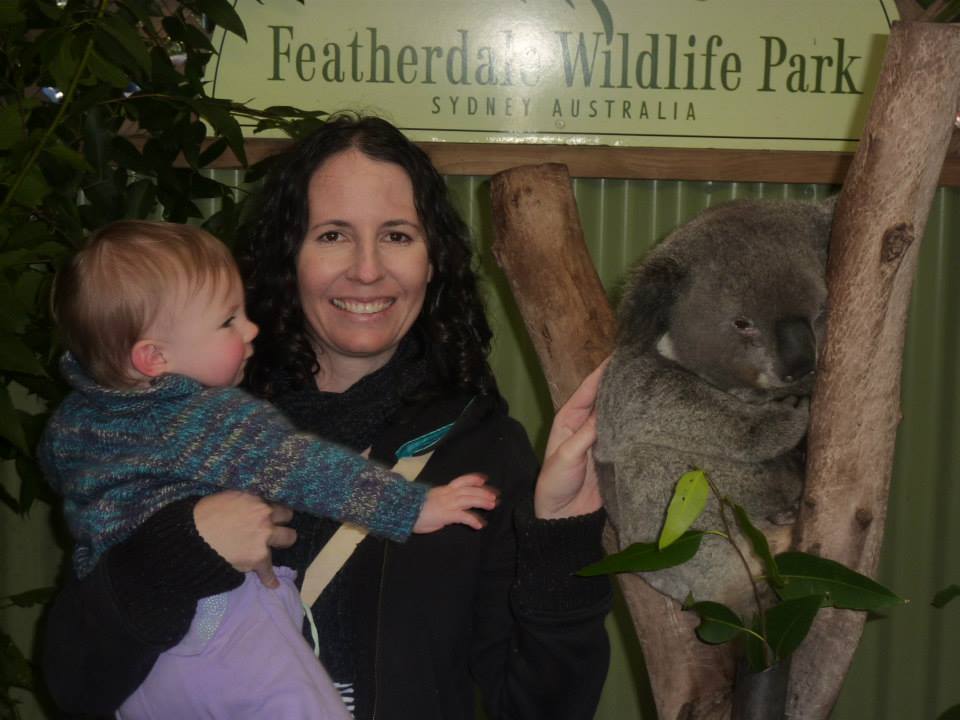 Imagine how great this pic would have looked taken with a camera that wasn’t shit, minus the child that wants to maul the koala!

The kangaroos are wandering/lying about in some areas human guests are allowed to go, and are quite tame and happy enough to receive affection from adoring tourists. 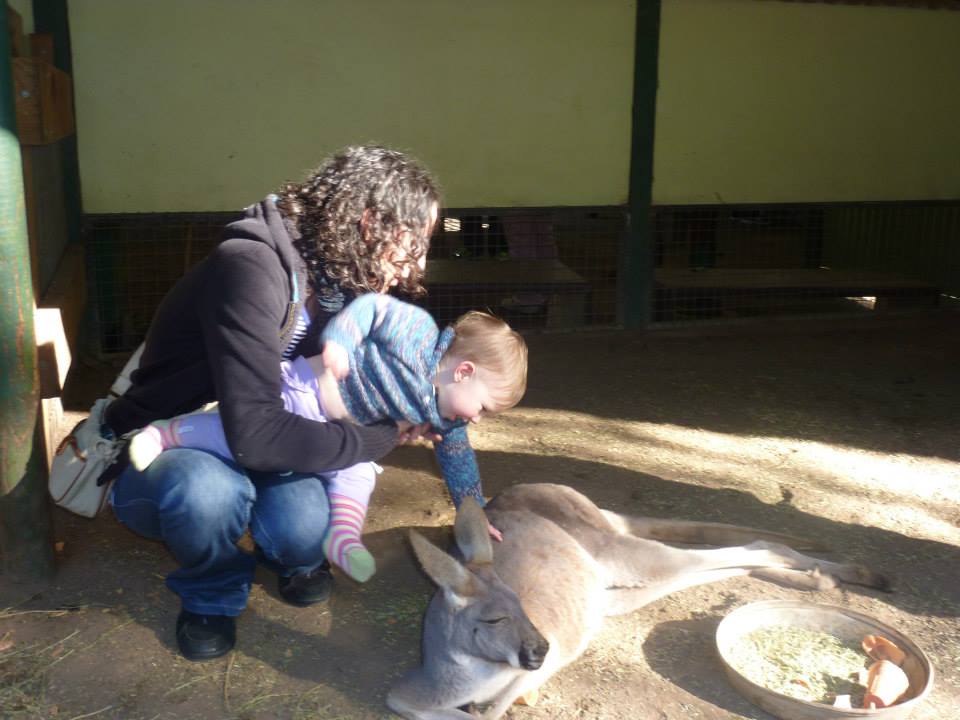 I will accept your inferior pats, small human. 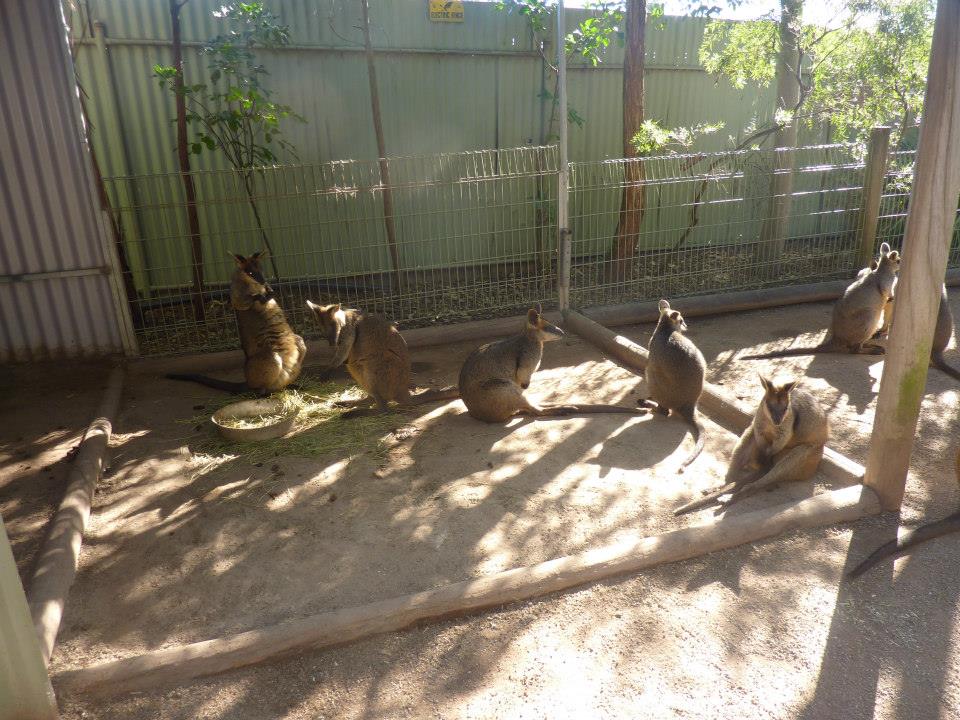 They have areas where you can look at them/feed them, but they can be out of reach if they want to be. 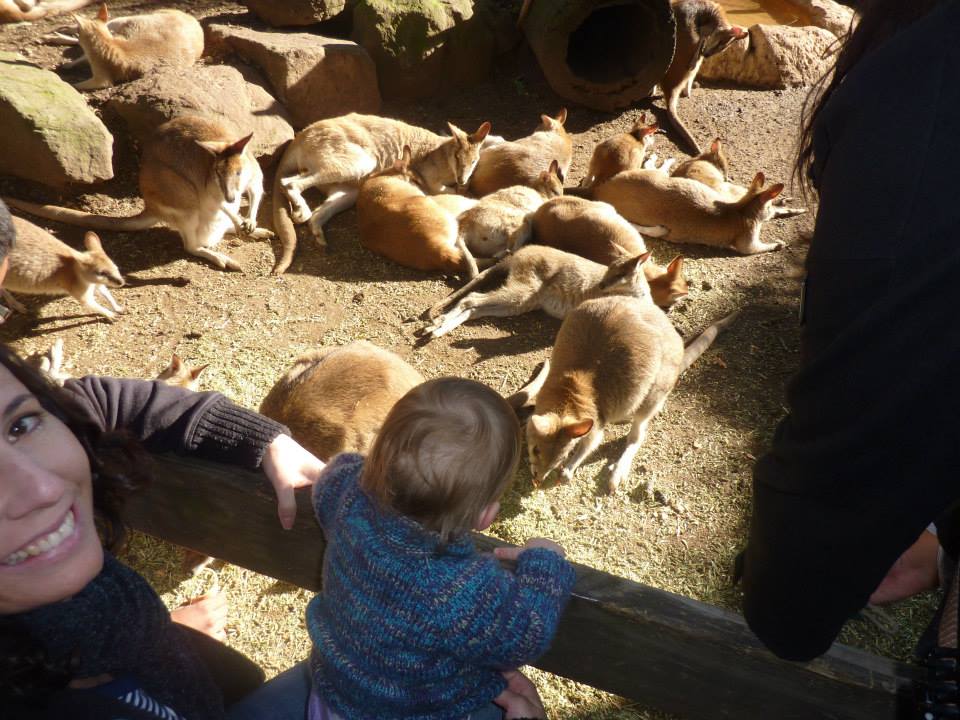 Hanging out in the No People Zone

We were lucky when we went as we got to see a few joeys peeking out of their mothers’ pouches. 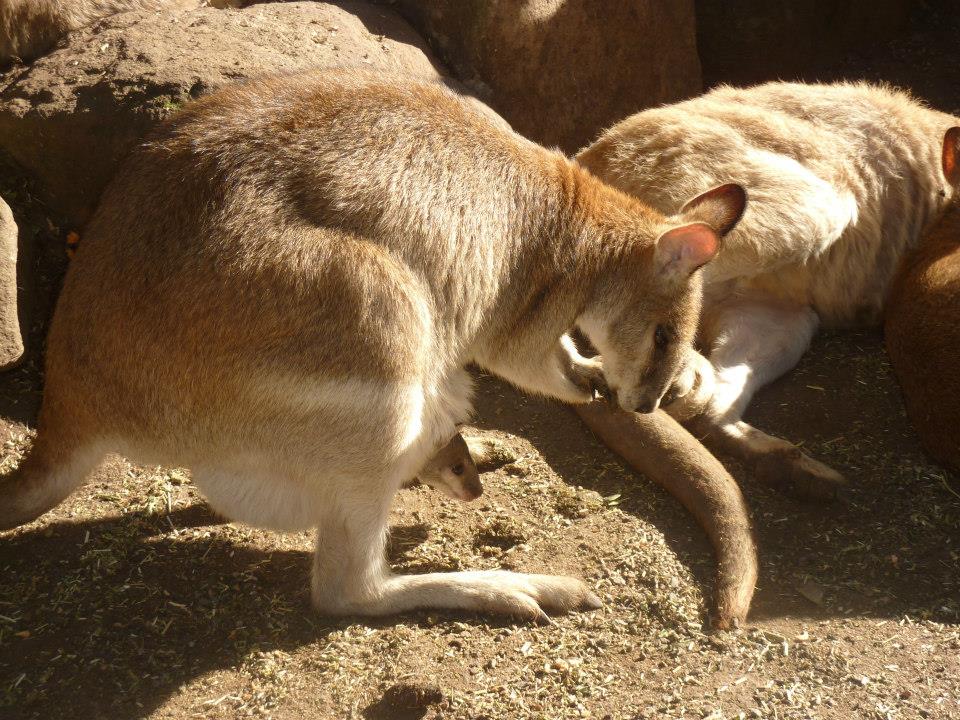 This much cute should not be permitted.

Of course, there are some animals who won’t play ball and would rather sleep than say hi. There always is. Inconsiderate! 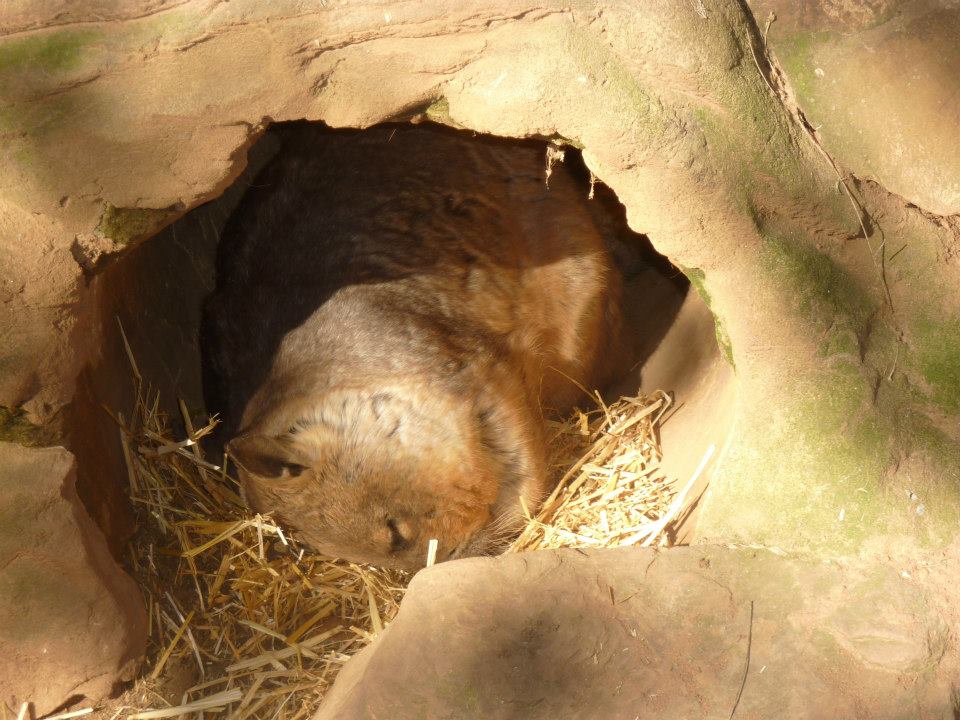 But most of them were pretty lively while we were there. And a few rather curious, especially this beautiful Jabiru who came to check us out while I was mixing formula, which I was still doing 3 years ago. 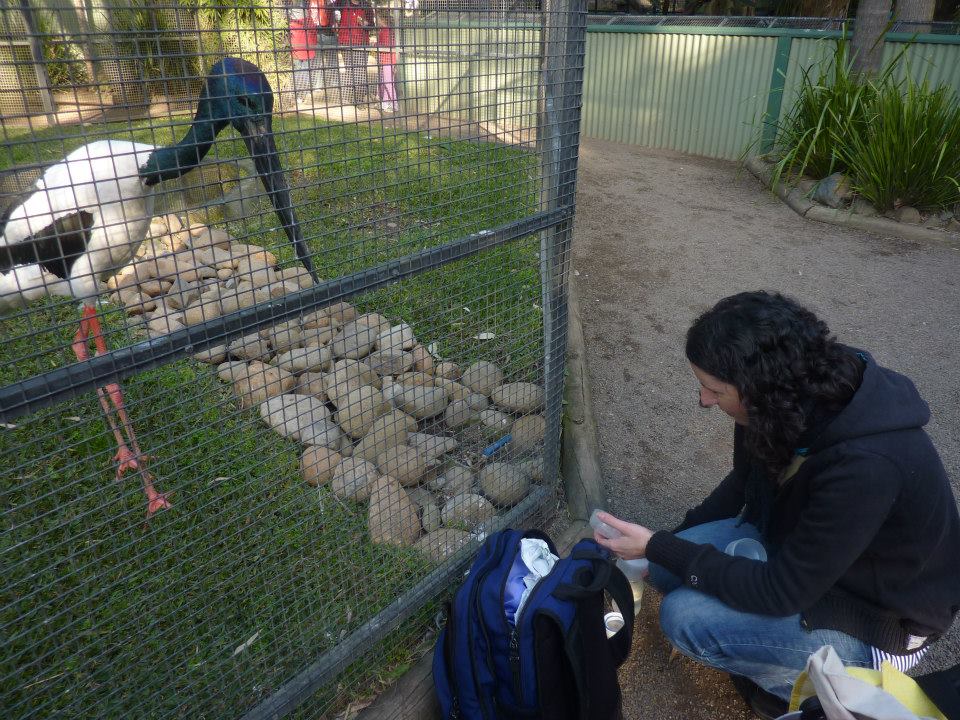 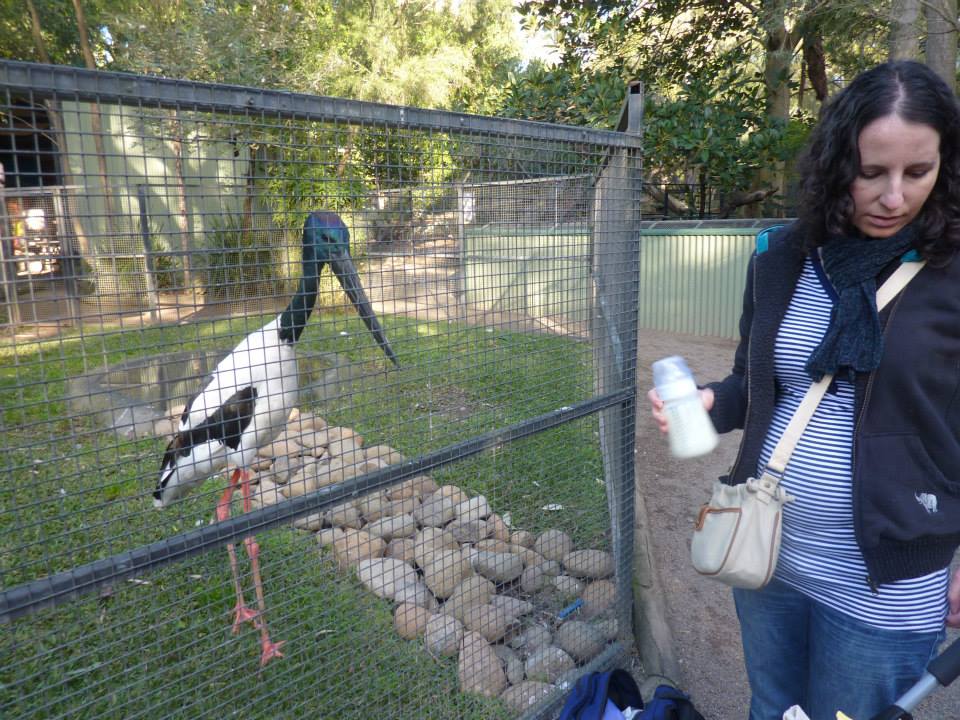 The cassowary is one of the most dangerous birds in the world, and I got to see one unleash its full fury on a human being. Ok, it pecked a kid’s fingers through the bars because it thought he had food or something, and he wasn’t being careful. 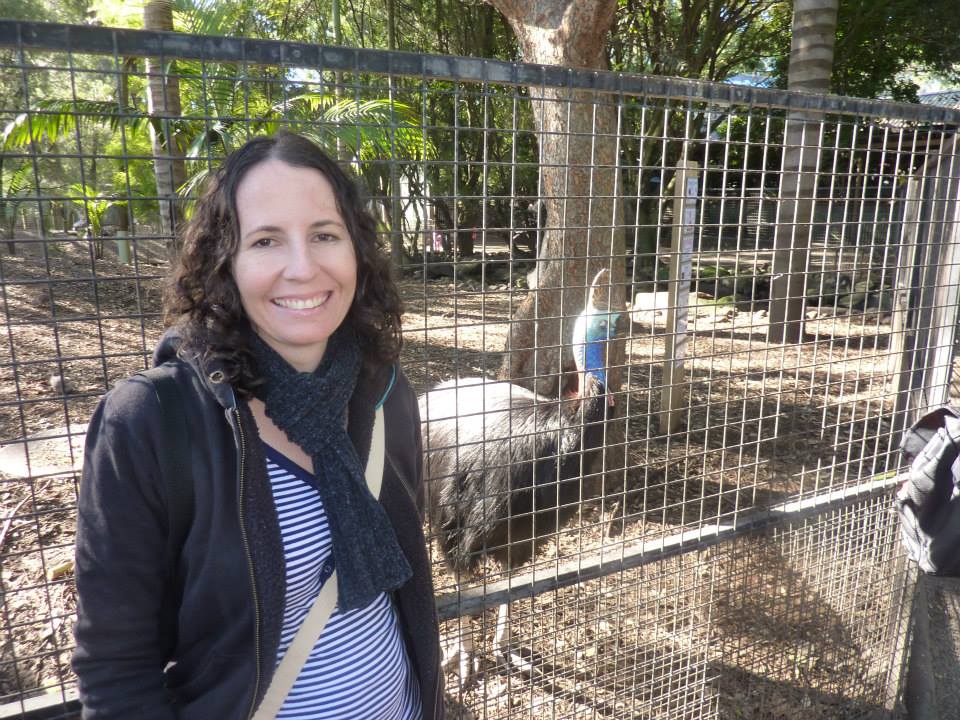 Posing with fingers out of pecking range.

My father in law decided that the sign warning that the parrots bite wasn’t to be taken seriously. We had the camera ready, eager to record the amputation of his finger, but the cockatoo just enjoyed the pat. Alas, our blood-lust was not to be satisfied. 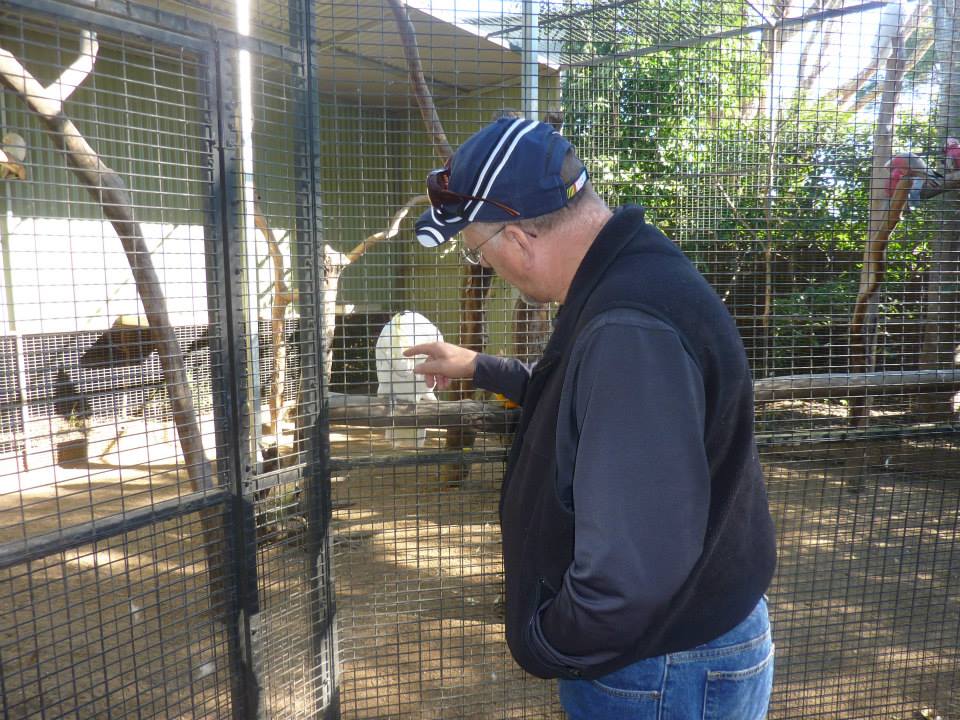