I get a bit excited when I see American animals. An American friend talked about how boring it must be for me to see creatures like racoon and squirrel when I come from a country that has kangaroo and koala. The thing is, racoon and squirrel are just as exciting to me as a kangaroo or koala would be to an American. Hell, I even check out the roadkill as I drive past, fascinated by the exotic (to me) creatures unfortunate enough to get in the way of a car (racoons mainly. So many. And I am convinced that kangaroos are dumber than deer – I saw much more kangaroo as roadkill in Australia than I have seen deer here).

We found a skeleton of some creature on my in laws property, and really wanted to know what it was. 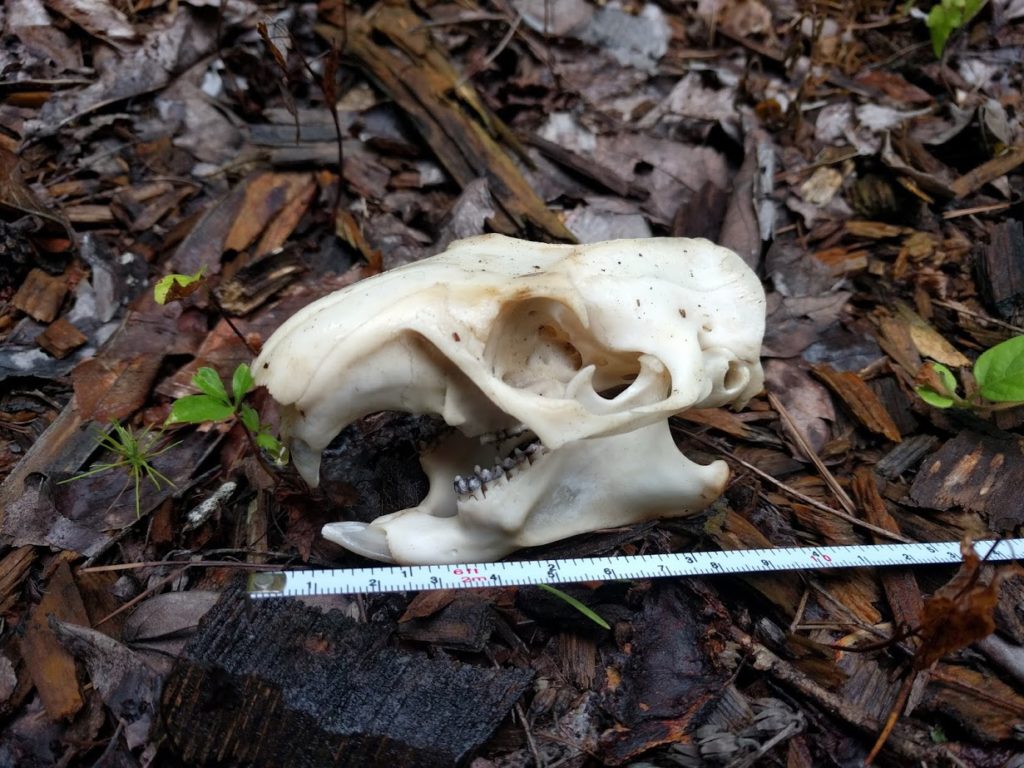 I’m old enough to remember using our Funk and Wagnalls Encyclopedia set for school projects. If I’d found something like this then I would have had little hope finding out what it was without a lot of research. Not so now. To the internet!

So I had access to pics of the skulls of the likely suspects (a groundhog or a rabbit, leaning more toward groundhog), but I still wasn’t certain. And I wanted to be. I have a friend in Australia who can normally be counted on with such questions but I wasn’t sure he’d be awake.

Time to find someone passionate and knowledgeable about dead critters. To Reddit! 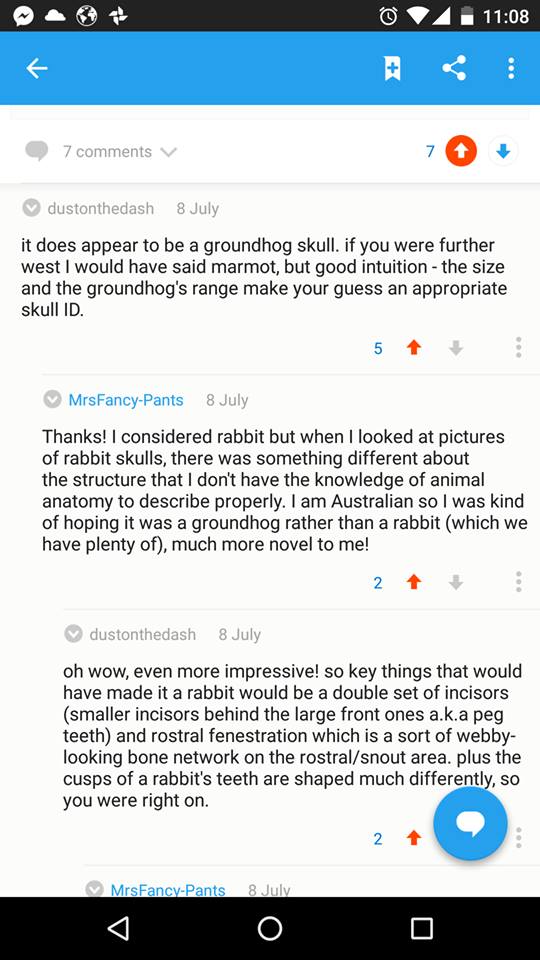 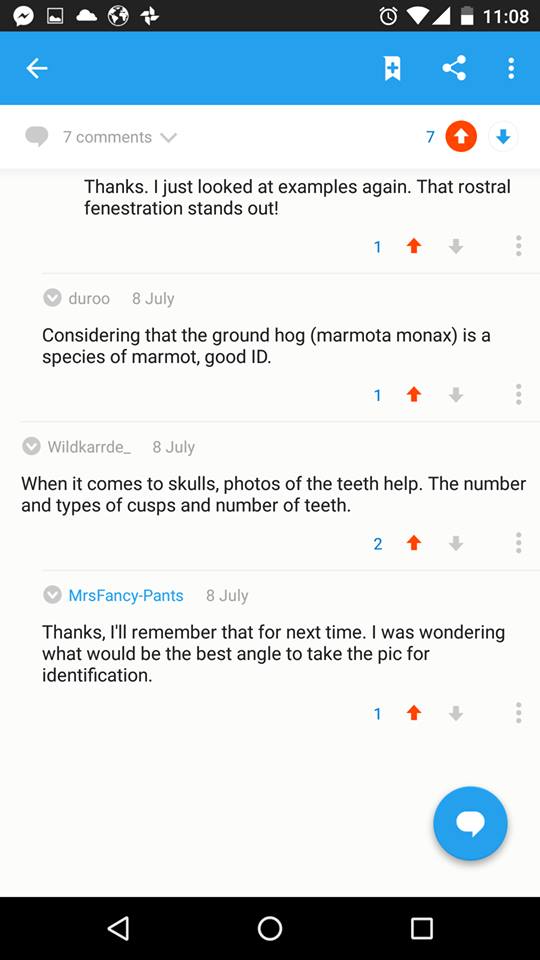 I love that I live in a time where I can take a pic of a dead thing and someone out there will tell me what it is.